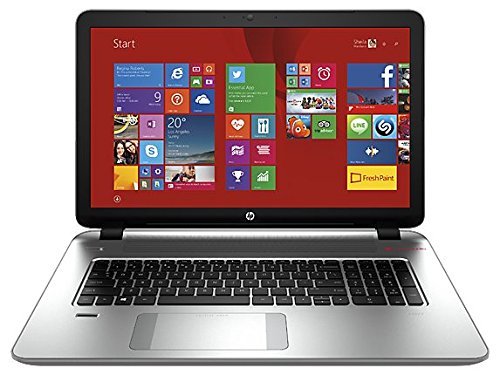 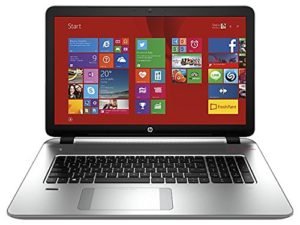 17.3 inch HP ENVY 17t is a 2015 model Quad Edition laptop with a very powerful Haswell i7 processor, very large storage space and memory, HD+ screen with 1600 x 900 pixel resolution, Beats Audio and optimised for a great Windows 7 Professional operating system. The only thing you can’t do with this computer is playing the latest games of 2014/2015 at high settings. HP ENVY 17t is offered with the quad core Intel i7-4720HQ processor (6MB cache) at 2.6GHz to 3.6GHz speeds with turbo boost and hyper threading with four cores on eight threads for even better performance, 12GB DDR3L SDRAM on two DIMMs for superior multitasking of even the most complex apps and software, 1TB = 1024GB SATA hard drive at 5400 revolutions per minute rotating speed, Windows 7 Pro OS which is still the favourite OS of majority of customers and just like the current Win 8 users you will be allowed to a free Win 10 upgrade soon within 1 year of its release.

17.3 inch diagonal HD+ BrightView WLED-backlit non-touch display with 1600×900 pixel resolution equals to clear and sharp enough images for whatever you’re doing on the computer. Intel HD Graphics 4600 matches the NVIDIA GeForce 620M and 630M and AMD Radeon 8650G in overall graphics performance and beats the standard Intel HD 4000 by about 30 percent. It has Beats Audio with 2 speakers and 1 subwoofer for very clear and immersive sound with deep bass- great when you’re listening to musis or watching videos. HP TrueVision high definition webcam with built-in two digital microphones one of which  also conceals the background noise. Silver HP ENVY 17t weighs 6.33 lbs and measures 16.52 x 10.98 x 1.17 inches- below average weight and thickness for its 17.3 inch screen but has quite a unique modern and sleek design with a very large Click Pad, it comes with a 4-cell 41WHr lithium ion battery and standard keyboard with fingerprint reader. Unlike many modern day laptops it comes with a SuperMulti DVD burner Optical Drive as well as 802.11b/g/n WLAN wireless, Gigabit Ethernet with RJ-45, 3 x USB 3.0 ports (1 HP USB Boost), an HDMI output, a Multi-format SD Media Card Reader and a Headphone/Microphone combo. 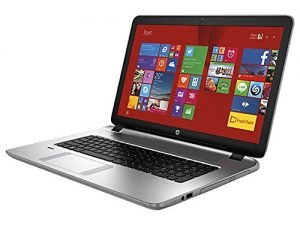 Conclusion:  The HP Envy 17t should be purchased more as a desktop PC replacement and not so much a portable laptop due the weight and size but of course there is no reason why you can’t take it out of your house or office- just not as portable as smaller screen machines. It is an Energy Star qualified computer (i7-4720HQ has a Thermal Design Power- TDP of 47 watts) and with a 4-cell battery on a 17 inch system our guess for battery would be around 4-5 hours on average use and this will depend on what you’re doing on the computer. There is no dedicated graphics card on the HP Envy 17t  but an integrated Intel HD 4600 which is still quite capable for general multimedia tasks and some gaming but to consider this as a gaming machine you would need at least a mid-range discrete GPU despite having such a powerful processor. For everything else including photo and video editing, this is a very powerful machine in every way, except for the speed at which you can open the files as the hard drive is only at 5400rpm speed so you can always do a Solid State Drive swap. Windows 7 is what a great percentage of customers would be happy to see rather than the newer Win 8, so this is definitely a big plus. The high end Intel i7-4720HQ has a Passmark benchmark score of 8200 at the moment and matches the other Haswell 4th generation Intel i7-4860HQ processor and is very well capable of handling the most demanding software and apps without lags or freezing and this includes superior multitasking as the CPU is accompanied by 12GB memory.