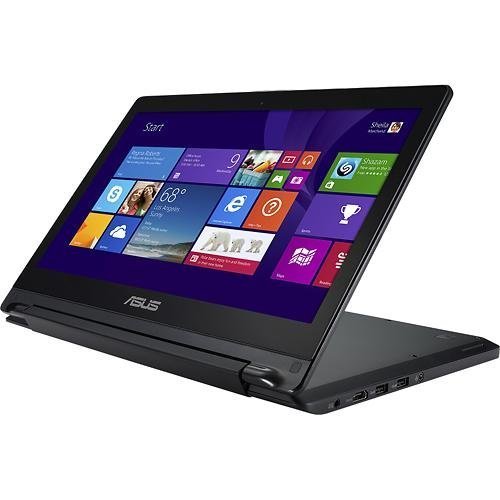 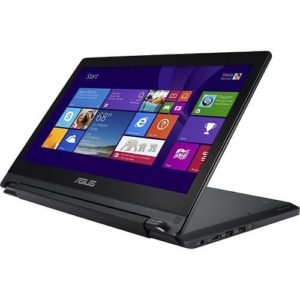 Asus Flip 2 in 1 Q302LA-BSI5T16 is a 13 inch touchscreen sleek and modern laptop with the latest fifth generation Intel i5 CPU, good connectivity including 802.11ac wireless, two USB 3.0 ports and HDMI, Intel HD 5500 graphics for decent images and multimedia but not so much heavy gaming and this is what this computer is not for: the most demanding 3D games and you’re fine with pretty much everything else you’d on a daily basis- work and entertainment. Asus Flip includes the dual core Broadwell Intel i5 5200U processor (3 MB L3 cache) at 2.2 GHz ~ 2.7 GHz speeds with turbo function and hyper threading for two cores to work on four threads in parallel, generous 8GB DDR3L SDRAM for very efficient multitasking of complex software while several browsers are open, an average size 500GB Serial ATA hard drive at 5400rpm spindle speed and English 64-bit Windows 8.1 operating system that is soon to be replaced by the latest Windows 10 (first release date is end of July 2015).

13.3 inch LED-backbit TFT HD touch display with 1366 x 768 pixel resolution offers you clear and crisp picture but naturally not as sharp as a Full HD display. Intel HD 5500 graphics is the integrated sort and shares the memory with the main processor but performs OK as long as you won’t be using the machine for advanced gaming. It comes with the front facing 1.0MP webcam with built-in microphone to keep in touch with friends and family. 2-in-1 design stylish and sleek with brushed aluminium matte black finish at the top and plastic bottom Flip Q302LA weighs 3.75 pounds and measures 12.95 x 8.86 x 0.87 inches- ideal for those that are out and about or travel a lot and need something lightweight and slim with a relatively small display. There is no built-in DVD drive but the better coverage 802.11ac wireless, Bluetooth 4.0 for easy wireless connection to your smartphone, printer, mouse, speakers and more, 10/100/1000 Mbps Ethernet for fast wired internet access, Media Card Reader that supports SD format, 2 x USB 3.0 ports for much quicker transfer of data and is backward compatible with the 2.0 variety and a USB 2.0 x port. It is Intel WiDi- Wireless Display capable and lets you control the machine by speech via the Nuance Dragon Assistant voice recognition software. 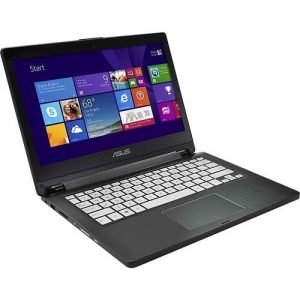 Conclusion: Asus Q302LA-BSI5T16 is a good looking and powerful convertible laptop that can be used both as a tablet and laptop with a fast high mid range processor with a TDP of 15 watts and a Passmark benchmark score of 3532 that is both low voltage for better battery life and high performance, decent amount of memory and reasonable specs and features, that can be used both for work and play. The speed on the January 2015 release Intel i5-5200U processor will stay at the minimum for less demanding tasks so it saves on energy and go up to 2.7GHz as required by heavier tasks- overall it is up to 15% faster than the previous generation Intel i5-4200U. It has a comfy backlit chiclet style keyboard and battery life from its lithium polymer battery is around 7-8 hours on average use for when you’re out and about or if you’re on a long flight. With 3.75 lbs weight it is not the lightest 13.3 inch display but is still light enough as it also has a touchscreen which adds to the weight. It is a capable convertible PC overall with adequate power to handle both the daily and more demanding apps and programs and with 8GB memory, multitasking of heavier tasks should not be a problem. About the modern games, you can still play the 2015 games as it is faster than both the Haswell HD 4400 and 5000 GPU’S but only at lower settings and resolutions, reaching less than ideal frame rates per second. Just comparing the price tag with the set of features and specs, this is quite a decent 2-in-1 laptop overall.