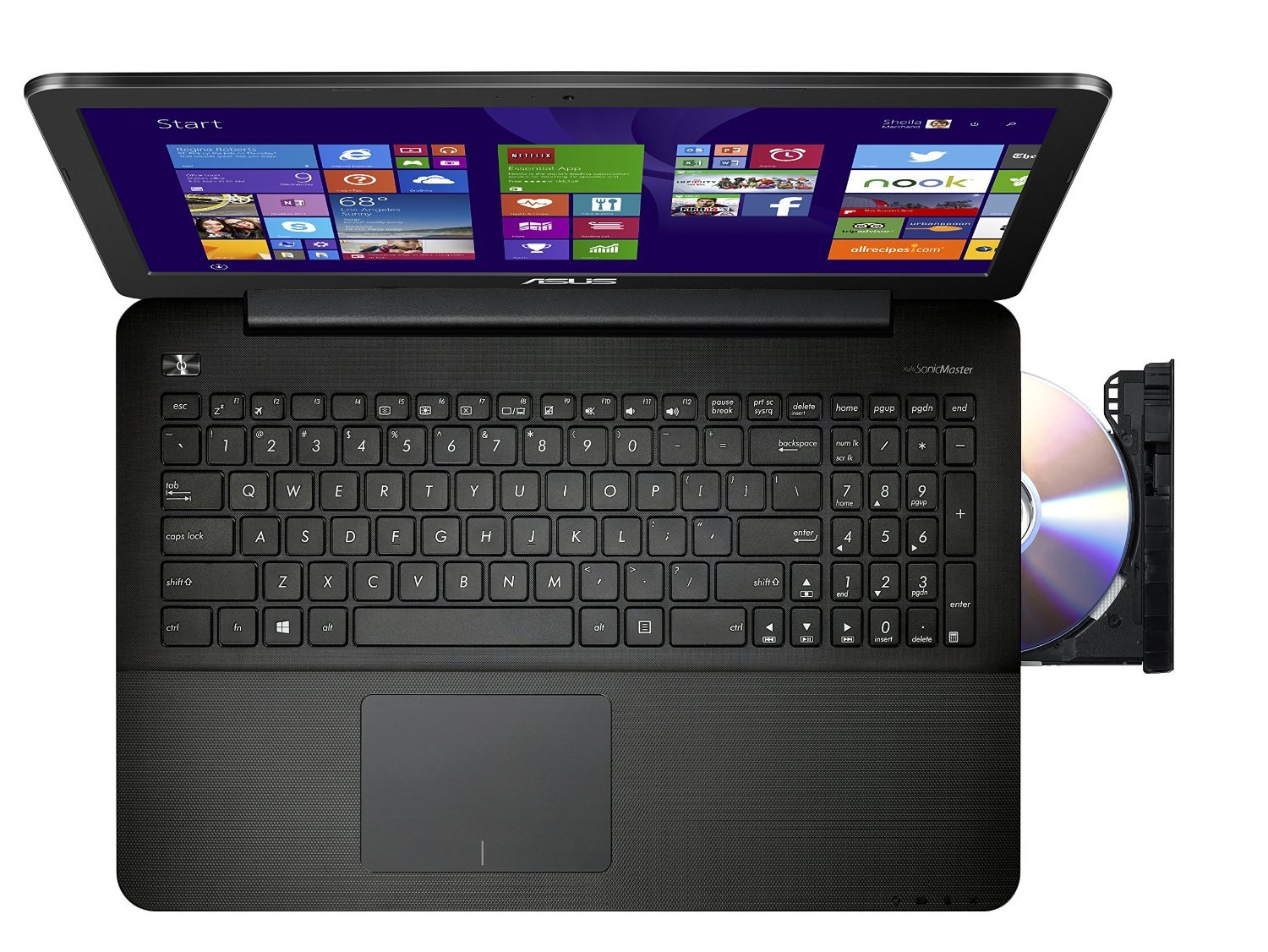 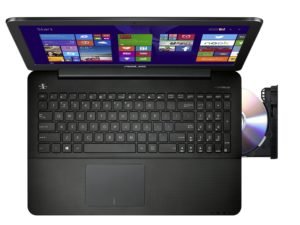 ASUS F554LA-WS71 is a 15.6 inch laptop as part of the X555LA series with a powerful Broadwell i7 processor, 1TB hard drive (F554LA-WS52 is the Intel i5 model with 500GB hard drive at a little cheaper price). They are both quite powerful machines with good set of connectivity options and long battery lives. ASUS F554LA-WS71 comes with the powerful Broadwell i7-5500U (4MB Level 3 cache) processor at 2.4GHz up to 3.0GHz with turbo boost and hyper threading for better utilisation of the CPU, 8GB DDR3L SDRAM at 1600MHz, 1TB SATA hard drive at 5400rpm spindle speed and 64-bit Windows 8.1 operating system and you’ll get Windows 10 for free when it is out at the end of July. Intel i5-5200U (3MB L3 cache) on the F554LA-WS52 is a dual core CPU at 2.2 to 2.7GHz speeds also with turbo boost and hyper threading functions.

15.6 inch non-touch LED-backlit high definition display with 1366 x 768 pixel resolution offers crisp and clear picture with vivid colours but obviously can’t be compared with a 1920×1080 pixel resolution FHD screen. It has the Intel HD 5500 graphics that is very common to the new Broadwell processors that is faster than both the Haswell HD 4400 and 5000 GPU’s and you’ll be fine with games as long as you don’t have very high expectations- older games at high and the latest games of 2014/2015 at low settings can be played with this processor. Webcam is the VGA type with integrated microphone to keep in touch with people. Matte black solid plastic ASUS F554LA has a beautiful modern design, weighs 4.9 pounds and measures 10.10 x 15 x 1 inches, has an ergonomic keyboard with comfortable keys and numeric pad and touchpad with Smart gesture but is not backlit. It has a 6-cell lithium ion battery that is claimed to last up to 7-8 hours on paper and shouldn’t be less than 5 hours in practice on average. For connectivity you will get the DL DVD±RW/CD-RW, 802.11bgn wireless, Bluetooth 4.0, Gigabit Ethernet with RJ-45, 2 x USB 3.0 ports, 1 x USB 2.0 port, Memory Card Reader, an HDMI output and a VGA port and Security Cable Lock Slot. 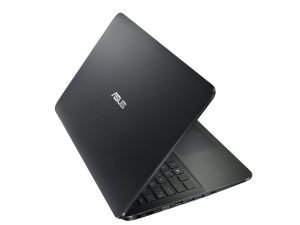 Conclusion: ASUS F554LA-WS71 is a great computer with the latest, fast, January 2015 release ultra low voltage with a TDP- Thermal Design Power of 15 watts, small in size dual core i7-5500u processor with a Passmark benchmark score of just under 4000 as of today that is more or less equal to the previous generation Intel i5-4258U, 8GB and 1TB hard drive and can handle any multimedia and office tasks and more demanding apps and software. The F554LA-WS52 model’s Jan 2015 release Intel i5-5200U is also a powerful ultra low voltage dual core processor with a Passmark score just over 3500 as of today that matches the performance of i5-4300U CPU and is also capable of handling a variety of office and multimedia software and apps and multitasking and both of these processors share the same mid-range integrated graphics card- Intel HD 5500 which is OK for modest gaming- performance will be somewhat low in 3D apps. Your palms stay cool even after hours of operation, with the IceCool technology. Hard drive speed is only 5400rpm which is slower than 7200rpm and SSD and you can always swap the HDD with the much faster Solid State Drive but this would mean less storage space. You’ll hear decent sound through Sonic Master and integrated stereo speakers and is adjustable via the Audio Wizard. Asus gives you 1 year of ‘International Warranty’ that includes 1 year ‘Accidental Damage Protection’. We recommend both at the current price levels and which one you pick will come down to your budget and whether you want to pay the extra for more storage and having an i7 processor rather than i5.