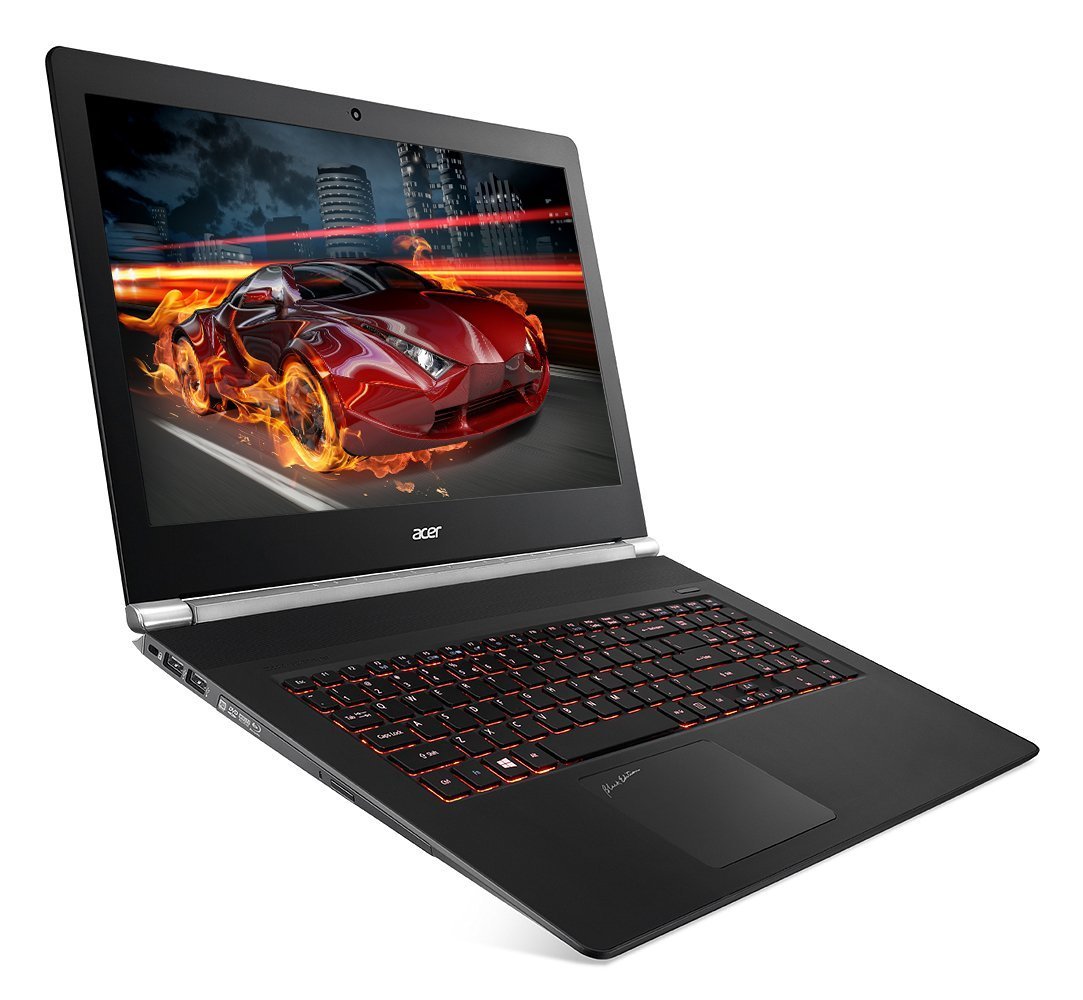 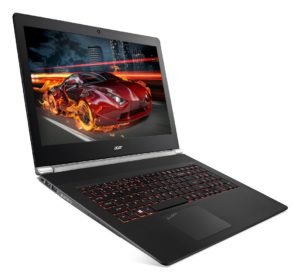 Acer Aspire VN7-791G-76Z8 is a recent release  V17 Nitro Black edition gaming laptop with a Full HD 1920 x 1080 pixel resolution 17.3 inch large screen, powerful Haswell Intel i7 processor, GTX 960M graphics card, excellent sound, impressive picture quality and gaming performance, well spaced keys on backlit keyboard with a light red glow, decent connectivity and more.. It has the power to work with the most demanding software, apps and multitasking. Acer Aspire V17 Nitro is offered with the fourth generation quad core Intel i7-4720HQ processor at 2.6 GHz speed with turbo function that moves the speed up to 3.6GHz as required by very demanding tasks and hyper threading with 4 cores and 8 threads for even better utilisation of the CPU, 1 x 8 GB DDR3L SDRAM to be able to run complex apps and programs simultaneously, very large 1 TB Serial ATA hard drive at 5400 rpm spindle speed and Windows 8.1 operating system which you can upgrade to Windows 10 when it becomes available at the end of July 2015.

17.3 inch widescreen LED-backlit IPS display with 1920 x 1080 pixel maximum screen resolution, 16:9 image aspect ratio and very large viewing angles equals great image quality overall. NVIDIA GeForce GTX 960M graphics card with dedicated 4GB GDDR5 VRAM video memory is a decent one for both general multimedia tasks and playing the latest and older games at high resolutions and settings (it will play pretty much anything you throw at it, just at varying but always acceptable frame rates) and the integrated Intel HD 4600 with shared memory with CPU is roughly 30% faster than the Intel HD 4000 and will be used for less demanding graphics tasks. You’ll hear brilliant sound through the four built-in stereo speakers and optimized Dolby audio enhancements and chat on Skype via the HD webcam with integrated digital microphone. Black Acer VN7-791G weighs 6.61 pounds and measures 16.65 x 11.54 x 1 inches- is quite slim and compact for a 17 inch gaming machine up to 4 hour battery life from its 3-cell (4605 mAh) lithium ion battery which is fine for a gaming machine but you can expect around 3 hours at low settings. Connectivity options include 8X DVD Super Multi Double-Layer Optical Drive (M-DISCTM enabled and not a Blu-Ray player for which you’d need an external drive), 802.11ac wireless (2.4GHz and 5GHz dual band) featuring MIMO technology, Bluetooth 4.0, Gigabit Ethernet, 2 x USB 3.0 ports, 2 x USB 2.0 ports, Secure Digital (SD) card reader and an HDMI port. 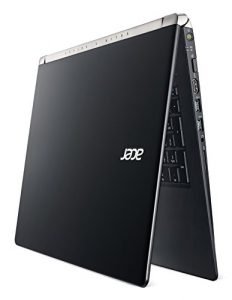 Conclusion: Acer Aspire VN7-791G-76Z8 (NX.MUTAA.004) looks good in black with silver hinge and slim and modern case, feels sturdy with premium and kind of high-end feel of both exterior and internal components. There is no SSD pre-installed but a very large 1024GB SATA hard drive with slow 5400 revolutions per minute speed and if you want a lot more speed you can add SSD through the M.2 SATA connection, having said that it is not the easiest machine to be taken apart to get to RAM (one of the memory slots is left open for adding more memory) and other components as there is no maintenance panel and battery is deep in the system. It starts up in about 20-25 seconds even without the SSD and apps and programs are loaded quickly. Touchpad is OK and doesn’t have separate right and left click buttons- it is one piece and the keyboard feels ergonomic with good size keys and a numeric pad on the side. Battery life is not bad at all at 3-4 hours considering its screen size, power and graphics card. It manages to stay cool after hours of operation thanks to the double fans and heat pipe, is not so much prone to dust thanks to the Acer’s Dust Defender but a little prone to fingerprints. As a great powerful gaming machine with high end specs and GTX 960M video card that will play most games comfortably with graphics set at maximum and decent frame rates, it is quite hard to beat for the price- quality meets affordability. It comes with a standard limited 1 year parts and labor warranty but the Acer customer service could be improved (just judging by customer experiences).