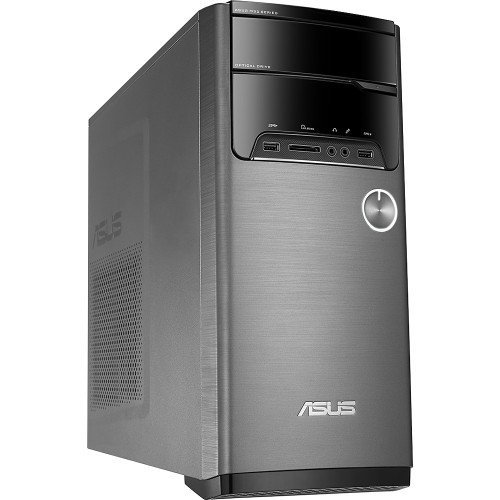 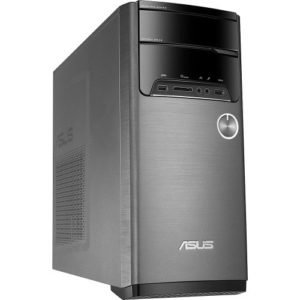 Asus M series M32BF-B05 is the latest flagship model desktop by Asus with very decent performance and high end specs for the low price. It comes with the quad core AMD A series A10-7800 processor (4MB Cache) at 3.5GHz up to 3.9GHz speed, 8GB DDRL SDRAM memory to work on several things at once and that can be expanded up to 16GB (on two memory slots available but will you really need more than 8GB?), 1TB SATA hard drive at 7200rpm rotating speed as ample storage space and fast read and write times although nowhere near an SSD plus Webstorage of 100GB for a year and Windows 8.1 operating system pre-installed with the right to a free upgrade of Windows 10 which you definitely take the option immediately and upgrade as the latest Win 10 has far better reviews by happy customers and experts than the older Win 8 and 8.1. With a Passmark benchmark score of 5182 that puts it in the high end CPU category and 8GB memory that lets you perform your daily tasks smoothly and efficiently without any lagging or freezing- high performance for whatever you do and superior multitasking capability.  Gray Asus Flagship desktop weighs 18.27 pounds and measures 16.08 x 14.96 x 6.9 inches, has a modern and sleek design and looks good in black and silver. 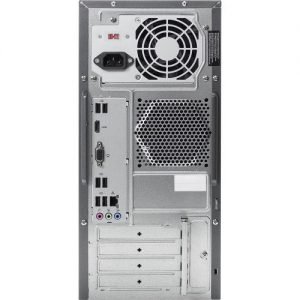 You can comfortably run demanding multimedia and other software as it is suitable for photo editing, minor video editing and video playback and playing current games with the onboard AMD R7 graphics with shared video memory that performs better than the Intel Iris Pro 5200 that you will see on 21.5 inch iMac desktops and will be just fine with current games at medium settings and 1366 x 768 resolution. Monitor is not included in the package but a reasonably modern USB keyboard and mouse are. For connectivity you have the Multiformat DVD±RW/CD-RW Optical Drive so you can create custom DVDs and CDs, high speed 802.11ac wireless, Bluetooth,10/100/1000 Mbps Ethernet LAN with RJ-45 connector, an HDMI output, a VGA (D-sub) output, 2 x USB 3.0 ports for faster data and multimedia transfer, 4 x USB 2.0 ports, 6-in-1 Media Card Reader that supports SD, SDHC, MMC, xD-Picture, MS and MS Pro formats, a Headphone output/Microphone input combo. It has a single PCI Express x16 AMD processors run a little hotter giving off more heat than Intel processors but runs rather quietly and it is still a great high performance computer that loads everything fast with a powerful processor, large memory and storage for solid general use, school, light business and home entertainment including casual gaming but not so much for very advanced gaming, with a nice price tag. Warranty included is the standard 12 months for parts and labor by Asus if and when anything doesn’t go as planned.