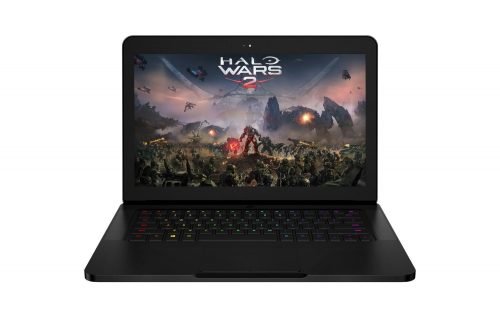 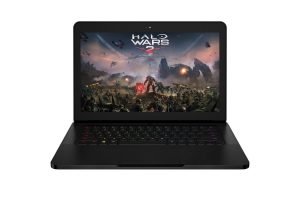 The 2017 model Razer Blade (RZ09-01953E72-R3U1) is the brand new powerful VR Ready 14-inch Full HD gaming laptop that sets great balance between the portability and power and comes with some of the best technical specs and features you can imagine, including the seventh generation Intel i7 processor and the modern graphics chip GTX 1060 so you get to enjoy the smoother and quicker gaming even with the latest and most demanding titles. You have the quad core Kaby Lake Intel i7-7700HQ processor (6MB L3 cache) at 2.8GHz speed that goes up to 3.8GHz with turbo boost and hyperthreading with two logical cores per physical, 16GB DDR4 dual channel memory for the best of multitasking ability to also improve the overall performance of the processor, a very large size and fast 512GB PCIe SSD- Solid State Drive and Windows 10 operating system.

Some small percentage of people may surely need a larger 32GB memory and some may prefer larger storage and you do have the option to get the same model with a 256GB SSD or 1TB SSD (200 dollars less for the former and 400 dollars more for the latter). Whichever configuration you go for, you can expect a powerful desktop level streamlined performance during heavy gaming with HTC Vive etc. and performing other complex tasks. Despite the power level and the great looking and feeling CNC aluminum chassis it weighs only 4.16 pounds and is 0.7 inches thick and is a very well built and sturdy computer with the best quality components. 14-inch LED-backlit FHD matte screen has the 1920 x 1080 pixel resolution, 350-nit high brightness and the IPS level that you’d expect at this higher price point for smooth and blur-free gaming and video and you have awesome viewing angles up to 178 degrees horizontally and vertically during gaming or video watching. Keyboard design is cool and there is backlighting except for the media and function keys (which is interesting) and the frame is a little thicker than normal. 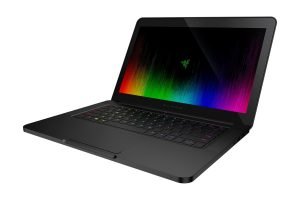 You have some pretty impressive gaming features including the Killer Wireless AC, the comfy and quick Chroma anti-ghosting keyboard with 16.8 million color options per key and a Thunderbolt 3, three USB 3.0 ports, an audio jack combo and metal Kensington lock for enhanced connectivity. With the new Razer Blade you have the option to choose either the FHD or UHD display and as a VR compatible unit, you can make use of the Virtual Reality technology by just hooking up a VR headset. The mobile GTX 1060 graphics card with a 3GB dedicated memory has an impressive benchmark score of more than 8500 and makes it one of the top 20 GPUs in the world. Then you have the Quarter 4 2016 release Kaby Lake Intel i7-7700HQ processor with a benchmark score of around 8900 with superior power for whatever you wish to do on the computer and the Intel HD 630 integrated graphics with the 1193 video card benchmark score that classifies it as a high-end GPU for a built-in card and will handle a lot of your daily multimedia tasks other than advanced gaming and the system will switch it back and forth automatically for whatever you wish to do. This is a very solid piece of art and technology and whatever small problems you may have had with a Razer gaming machine, they seem to be all fixed on this model.