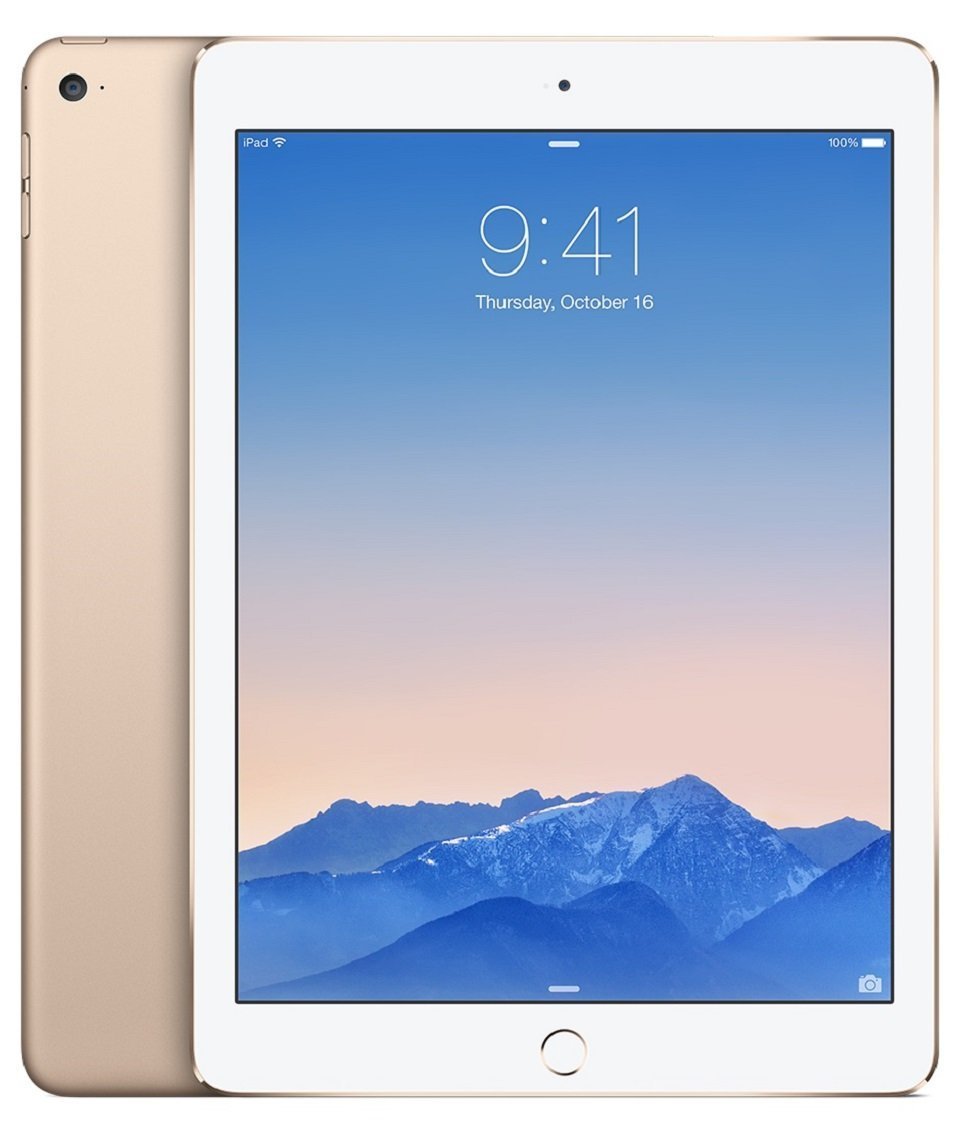 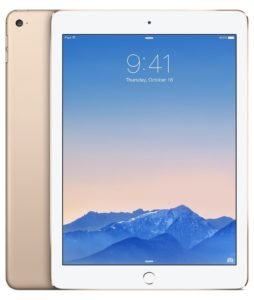 Gold Apple iPad Air 2 MH0W2LL/A with 16GB storage is slimmer, lighter and faster than before with the A8X processor with M8 motion coprocessor, superior graphics performance, amazing anti-glare Retina display and up to 10 hours battery life. The iPad Air 2 reviewed on this page is an Open-Box unit- returned by customers and tested thoroughly to function like new and look like brand new, perhaps with very little or no signs of use and they come with original accessories as well as a 90-day warranty. Apple iPad Air 2 is offered with the tri-core Apple A8X chip with 3 billion transistors that offers up to 40 percent faster CPU performance at 1.5GHz speed than the previous A7 with 2 billion transistors, M8 motion coprocessor, 2GB RAM for multitasking power, 16GB internal storage space, iOS operating system with iCloud, Siri and Spotlight Search. Faster performance means quicker, more responsive and smoother for whatever you do on the screen- pinch, swipe, zoom, scroll or rotate.

Bright and sharp 9.7 inch IPS diagonal LED-backlit multi-touch retina screen with oleophobic coating for fingerprint resistance, single layer design to avoid reflectance internally so you get to experience much sharper images, enhanced contrast and more vivid colours, 2048 x 1536 pixel native resolution (264 pixels per inch) and 56% less glare with the anti-reflective coating, so you can comfortably edit photos or stream videos with an overall graphics performance up to 3.5 times better than previous iPad’s, as also the battery life is quite good- up to 10 hours. It has a 1.2MP front and 8MP rear iSight camera FaceTime HD camera with double microphones to eliminate the noise in the background, for taking high resolution snapshots or live video chats on Skype.

Gold Apple iPad Air 2 weighs just 0.96 lbs and measures 6.60 x 0.20 x 9.40 inches so it is only 0.2 inch thick and weighs under 1 pound, meaning it is super portable and you can take it anywhere you go. You should get up to 10 hours of battery life from its lithium polymer battery on average use on a single charge. Sensors include the three-axis gyro, accelerometer and ambient light sensor as well as Apple Touch ID fingerprint sensor to unlock your iPad or for making purchases on App Store, iBooks or iTunes. You have the faster 802.11ac Wi-Fi wireless with MIMO support that gives you download speeds up to 866 Mbps and Bluetooth 4.0. AirPlay lets you stream content on iPad to your HDTV and speakers and you can share files and documents with AirDrop. One of the customers pointed out the occasional vibration due to the super slim body of iPad: Functionality vs weight and thinness? But it is still quite functional anyway and is often claimed to be the best tablet out there, by customers and experts.

Conclusion: Apple iPad Air 2 MH0W2LL/A seems to be improved quite a bit over the previous models- lighter, slimmer, more fun to use, quicker (when opening apps and much better response time with Youtube videos etc.), more powerful and functional, more user-friendly (easy to use even for those that know nothing about computers) and works really well with iPhone if you have one- it is quite an impressive tablet. Screen quality is amazing as one of the customers mentioned, Retina on this one seems to look better than the one on iPhone 6 Plus or Macbook Pro. As we mentioned briefly earlier because the iPad 2 is so slim it appears to be prone to vibrations when speakers are on and the louder the speakers are the more you may be likely to feel it. iOS operating system takes up a bit of space, 16GB memory may appear as small to some of you but that shouldn’t stop you from purchasing this iPad as you will get some 25GB of Cloud based storage for almost free (99 cents or so for 20GB plus 5GB free). We like that faster 802.11ac wireless and the quality of cameras are really good for both videos and still photos.It is really good value for money overall and great improvement over its predecessor and it comes with a 90 day warranty, being an open-box unit.