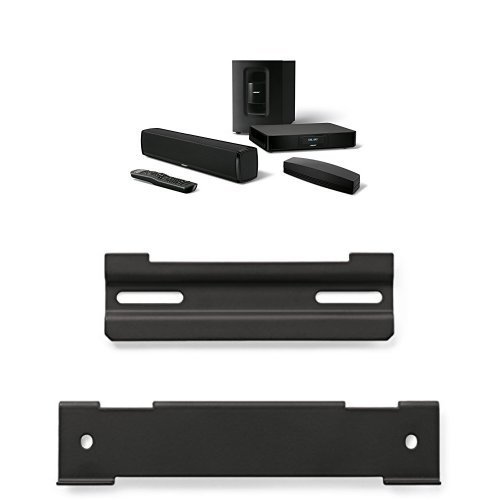 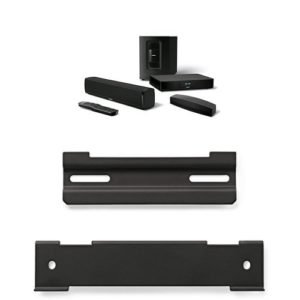 The Bose SoundTouch 120 Home Theater System is a full audio setup that you can directly hook up to your television, mobile device or something else that acts as an audio source. This entire setup includes a soundbar as well as an individual module that is dedicated to the bass.

The main console connects to the soundbar as well as the wireless adapter. There are four HDMI ports that can be connected to just about any audio source. There is also a universal remote that controls the entire system, including the audio source that is being used. The ADAPTIQ headset lets users create the perfect sound for the room they are in.

There are a number of customer reviews for this Bose sound system, most of which are overwhelmingly positive. A majority of those who received this audio system claim that it’s the best one they’ve ever purchased, primarily because of its amazing sound quality and intuitive, user-friendly design. People who have reviewed it say that the sound it produces is very crisp and clear, though there are some who complain that the overall sound quality could be improved upon.

You will find that there are a number of great things about the Bose SoundTouch 120 audio system, including its Wi-Fi and Bluetooth support. This system is exceptionally easy to use and set up, even for those who don’t have much experience with this kind of technology. There is also the sleek aesthetics that look absolutely great. Priced at around $1,000 at the time of this review, the price tag on this sound system is a bit high, though.

Those who love to listen to music and/or watch TV a lot will find that this sound system could be a great investment, if you have the extra money to throw around. Although there are a lot of different audio systems on the market, Bose is known for making great quality products. Overall, it is definitely worth at least looking into, and if not for you, you’ll find alternatives on the Amazon product page through the links here. If you want a sound system that you can setup wirelessly via Bluetooth for use with your television or another audio source, this is certainly a good choice as a whole.