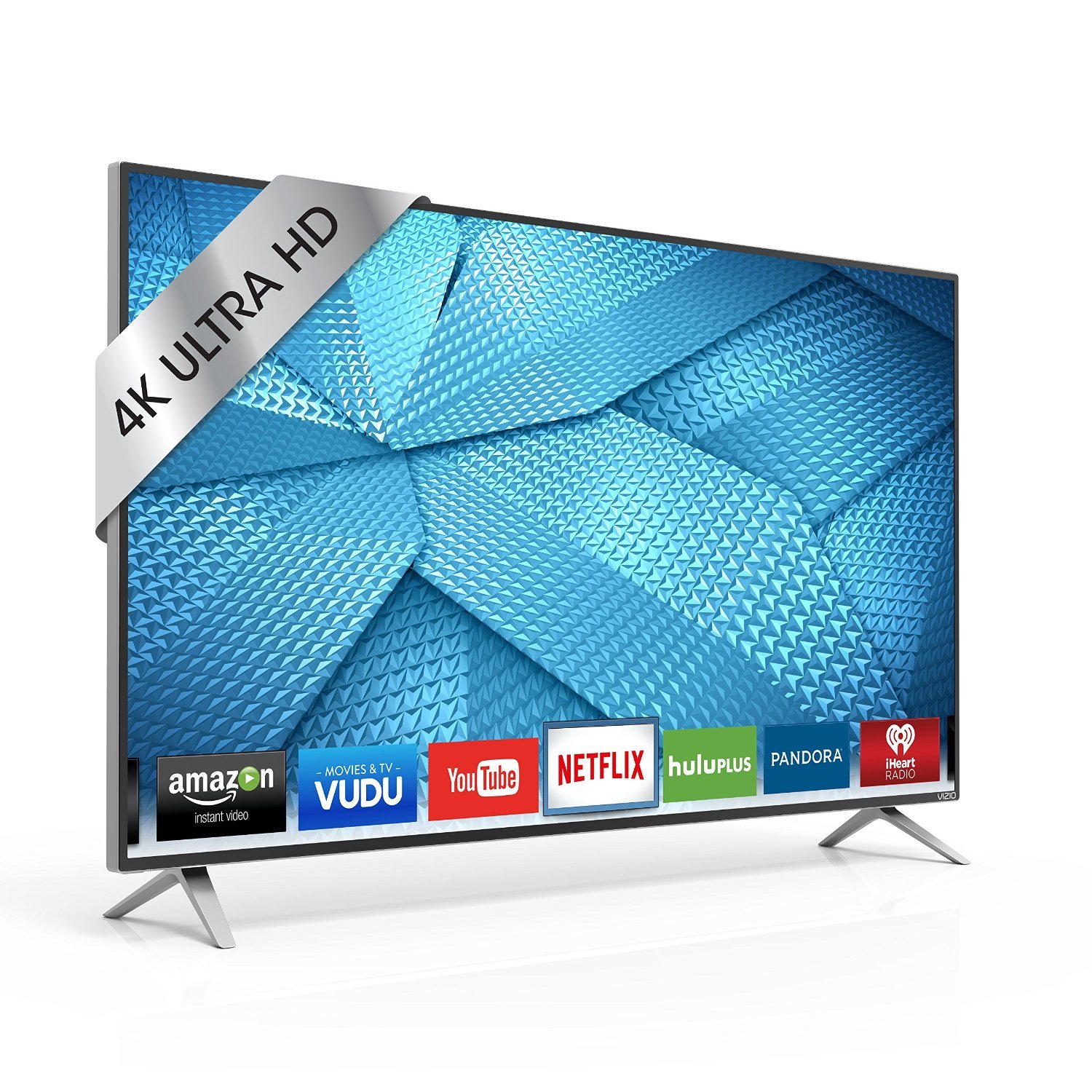 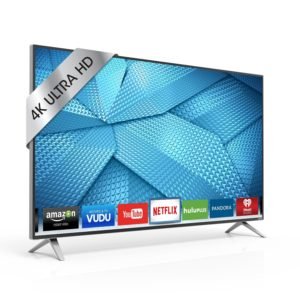 VIZIO M43-C1 is the new 2015 model M series 4K UHD 2160p resolution Smart LED TV with a great picture quality for the price which is about a couple of hundred dollars less on average than the Vizio P series which were already low priced and most certainly cheaper than the Samsung, LG, Panasonic or Sony 4K televisions. M series used to be FHD 1080p resolution and is upgraded to 4K this year, otherwise it looks quite similar in appearance and features. It has the full-array local dimming, Clear Action 360 refresh rate (which would be more like 120Hz effective refresh rate in practice) for greatly reduced motion blur, great connectivity, powerful performance and all the other necessary specs and features.

43 inch is the smallest of the 4K M series and you have 7 other larger sizes to choose from: VIZIO M49-C1, VIZIO M50-C1, VIZIO M55-C1 VIZIO M60-C1, VIZIO M65-C1, VIZIO M70-C1 and VIZIO M80-C1. All of these M series TV’s seem to offer outstanding value for money, judging by customer and expert reviews online. They do have some cons like anything though, such as not so large viewing angles like a flat screen IPS panel that is common to many LG models so it will look different with brightness and color affected when you look from the sides as compared to straight from the front- even 50-60 degree angle seem to affect the picture. With Smart features you may connect to internet with integrated dual band wireless with support for fast 802.11ac through your home network and the quick performance V6 six-core processor of Quad-core GPU + Dual-core CPU, listen to songs, watch movies and have access to a great variety of content- free and paid through Vizio’s great Internet Apps Plus interface and you can even use your tablet or smart phone to get to the content of your choice and play it directly on TV.

M series TV’s all have beautiful design and VIZIO M43-C1 weighs 22.71 pounds and measures 37.93 x 8.27 x 23.97 inches with stand, is 42.5 inches measured diagonally from corner to corner and would be good enough for a big bedroom or a living room. Being a LED TV its performance is pretty good in dark or very bright light as you get to see deeper blacks and vibrant colours and with 28 active LED zones you will see dimmer dark and brighter bright zones which equal to very sharp details and great contrast and a VM50 UHD picture and motion processing engine to get sharper content with much better detail and contrast of 20,000,000:1 dynamic ratio. 4K means 4 times the resolution of regular FHD TV with twice the pixel height of 1080p resolution to achieve a total of 8.3 million pixels on each image and this affects the picture quality greatly and brings awesome clarity. You are not likely to see any motion blur during very fast moving sports and action stuff. Sound quality is quite all right through the DTS StudioSound and dual stereo speakers of 10 watts each. 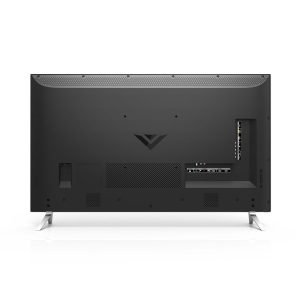 VIZIO M Series TV comes with a two-sided remote for Smart features with single touch access to your apps and even a full backlit QWERTY keyboard at the back.  You have a total of 5 high speed HDMI inputs to combine great UHD picture with the digital surround sound on a home theater connection, wireless, Ethernet and HDCP 2.2 compatibility: 2 x HDMI 1.4, 3 HDMI 2.0, 1 USB 3.0, Component, Composite and Digital Audio out. It comes with the Spatial Scaling Engine to upscale HD and FHD content to 4K UHD resolution. Low price is the main reason for getting this TV as the picture quality and features with apps are well beyond the cost. It is quite easy to set up and operate and remote is rather user friendly and functional except for the keyboard on the rear as you may accidentally bump some of the keys but don’t worry because nothing will happen. As long as you do not expect the outstanding contrast levels of Samsung SUUHD HDR or overall beauty and very large viewing angles of OLED technology you’re getting quite a solid deal here for your money.