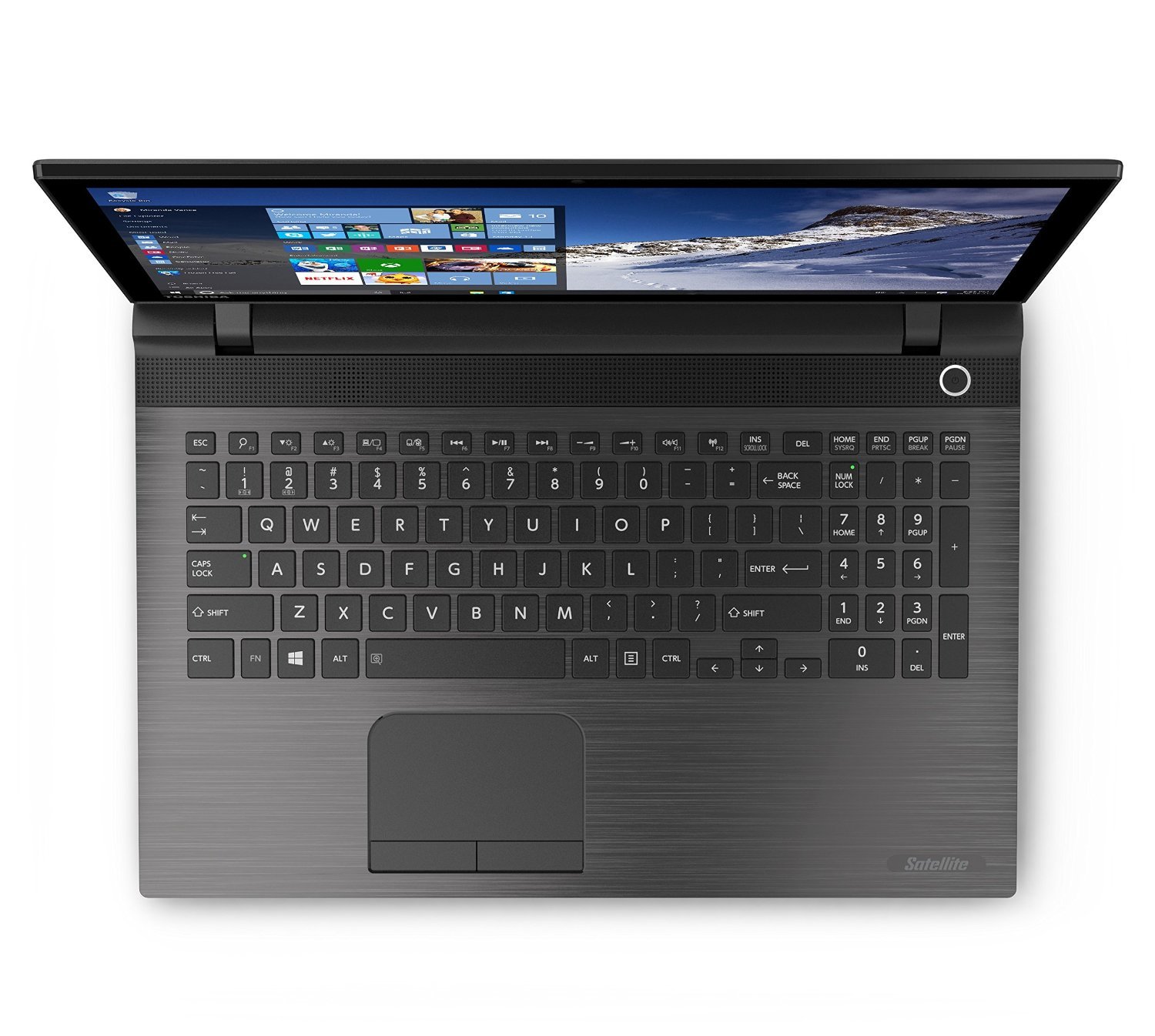 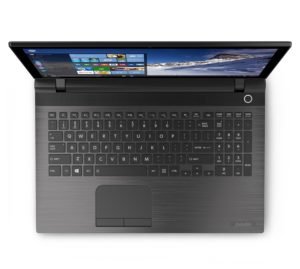 Toshiba Satellite C55Dt-C5245 is a 15.6 inch touchscreen laptop with the new AMD A8 processor that you’ll see on many 2015 Toshiba laptops, the latest Windows 10 operating system, a very large storage space and plenty of memory. With an AMD A8 CPU it is designed for the smooth running of the everyday things rather than the more demanding multimedia editing or advanced gaming (there is no discrete GPU here). Toshiba Satellite C55-C is offered with the quad core AMD A8-7410 processor at 2.2 GHz speed up to 2.5GHz with turbo boost (no hyper threading), 6 GB DDR3L SDRAM at 1600MHz for the ability to multitask smoothly with even the demanding tasks, 1 TB Serial ATA hard drive at 5400 rpm rotating speed and the Windows 10 OS pre-installed with the new Cortana personal assistant and Microsoft Edge browser so that you will not need to upgrade from Windows 8.1. AMD CPU has the Thermal Design Power- TDP of 25 watts and in terms of performance it can be compared to Intel i3’s with a Passmark benchmark score of 2570 at this moment. This is a good value Toshiba laptop computer with a solid build quality.

15.6 inch glossy diagonal HD TruBrite touchscreen with the 1366×768 maximum screen resolution that should be sufficient for a regular home user but not as sharp and clear as a 1080p resolution FHD display, touch display is nice to have but we’re not certain yet if it is as necessary on the Windows 10 operating system as it is on Win 8. AMD Radeon R5 will let you play just a few of the current games of 2014/2015 at lower settings and resolutions and older games more fluently at higher settings. High definition webcam with integrated stereo microphone is more than adequate for taking still photos and live video chats on Skype. Despite the touch display this textured resin finish in matte black Toshiba with a sleek and modern design weighs only 4.85 pounds, measures 10.20 x 14.96 x 0.93 inches and is suitable for those out and about a lot. It has the regular 802.11bgn wireless, Bluetooth 4.0, 1 x USB 3.0 port, 2 x USB 2.0 ports, an HDMI output to hook up to an external monitor or HDTV, a DVD-SuperMulti Drive on the left side, an SD/MMC Card Slot to upload data from cameras or other portable units, 100Mbps Ethernet with RJ-45 connector so it has pretty much everything you need to connect to peripherals. 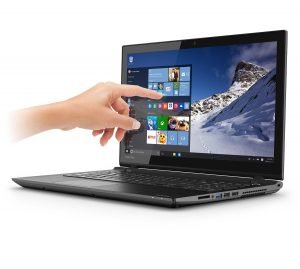 Conclusion: RAM on the Toshiba Satellite C55Dt-C5245 is not easily upgradeable by the user but you still can and with two memory slots it should be able to support up to 16GB. Having a very large 1024GB hard drive is great but the speed is only 5400rpm which is OK but way slower than a Solid State Drive: It is a matter of deciding between size vs speed and you can install an SSD on this laptop (replace the SATA HDD). It comes with a fair bit of junkware and an anti-virus pre-installed so if you want better performance overall you’ll be better off removing them first. Radeon R5 is similar to the middle of the road integrated Intel HD graphics cards and you can easily play World of Warcraft, Minecraft or Sims 4 at higher settings with playable frame rates per second. You may expect up to 5 hours of battery life in real life from its 4-cell 45Wr lithium ion battery, given the total TDP for the CPU is a maximum of 25 watts. It has a full keyboard in a frameless design with countered keys that feel comfortable and ergonomic and has a spacious multi gesture touchpad but is not backlit for typing comfortably in dim light or dark. This is a decent Toshiba with mid-range specs at a budget price, and there is not much to complain about it nor an amazing wow factor- it will do the job just fine if you’re getting it for running your everyday tasks smoothly and a bit more as the AMD A8 CPU is as powerful as some of the Haswell Intel i3’s.