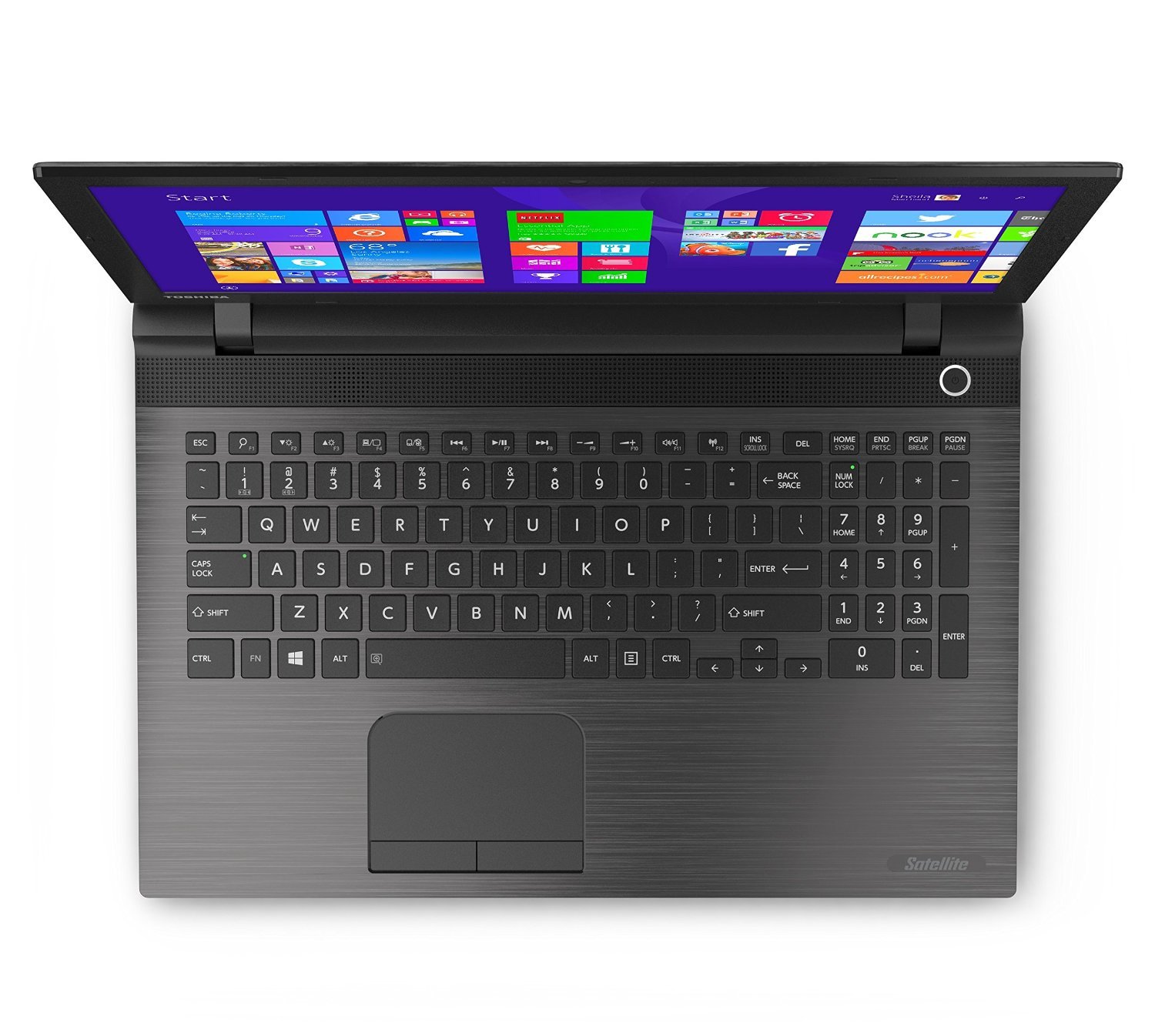 Toshiba Satellite C55-C5240 (and new to be released C55-C5241) is a 2015 model mid-range 15.6 inch laptop with the latest generation January 2015 release powerful ultra low voltage Intel i5 processor, generous amounts of hard drive and memory and 7 hours of battery life. Toshiba Satellite C55 comes with the 5th generation dual core Intel i5-5200U processor (3MB cache) at 2.2 GHz speed with Intel Turbo Boost Technology 2.0 that takes the speed up to 2.7 GHz as required by tasks at hand and stays at 2.2GHz for saving on energy usage and hyper threading for better utilisation of CPU with dual cores working with four threads in parallel, dual channel 8 GB DDR3L SDRAM at 1600MHz for the smoothest multitasking, massive 1 TB Serial ATA hard drive at 5400rpm rotating speed but the laptop still starts up fast despite not having a Solid State Drive and comes with the Windows 8.1 operating system like the great majority of current laptops and you qualify for an upgrade to Windows 10 when it is released in 2015.

15.6 inch diagonal high definition TruBrite widescreen display with 1366 x 768 pixel max screen resolution offers nice visuals with beautiful colours and great contrast for whatever you may be doing on the laptop and Mobile Intel HD graphics 5500 offers OK gaming performance allowing you to play the latest games but only at low settings and frame rates per second- better than Haswell Intel HD 5000 and 4400. Matte black textured resin finish sleek and stylish looking Toshiba Satellite C55-C5240 (and Windows 10 version C55-C5241) weighs 4.8 pounds and has the measurements of 10.20 x 14.96 x 0.93 inches so it is lightweight and slim. It has a frameless design keyboard is comfortable to type on its contoured keys with less key bounce, has a numeric pad and a large multi gesture touchpad to use with Windows 8 functions and the lithium ion battery gives you up to 7 hours of battery life on a single charge due to partly the TDP- Thermal Design Power of 15 watts of the CPU. Connectivity options include 802.11bgn wireless, Bluetooth 4.0, Gigabit Ethernet, a USB 3.0 port, 2 x USB 2.0 ports, DVD-SuperMulti Optical Drive, an HDMI port and an SD card slot. As this is a brand new model we do not have a lot of information on the specs and features just yet but its connectivity ports would meet more than the needs of an everyday computer user. 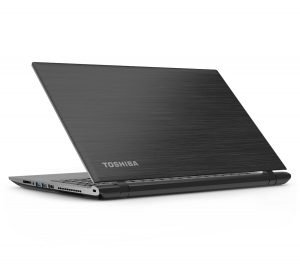 Conclusion: Toshiba Satellite C55-C5240 (and C5241 with Windows 10 installed) is a value packed slim, powerful and affordable 2015 model laptop PC for both work and play with a processor that is capable of performing both the everyday and a bit more demanding tasks as the Intel i5-5200U is up to 15% faster than the previous generation i5-4200U processor and is more or less equal to i5-4300U and the Intel HD 5500 sits in the middle of the Broadwell graphics cards family. Screen resolution is only normal regular HD- not Full HD and doesn’t have an IPS panel so don’t expect the same level of sharpness and clarity with larger viewing angles but is still good and remember you’re already getting quite good value for your buck in terms of technical specs so they would have to cut down on price somewhere as FHD and IPS both cost money. Low TDP is great for battery life and less power consumption but the performance in 3D apps can be a little slower too. You’ll find McAfee anti-virus pre-installed and as always our suggestion would be to choose the free AVG or Avast online. Hard drive is massive but the speed is at 5400rpm so you’ll open your files slower than a 7200rpm HDD and much slower than SSD. This laptop doesn’t come with much of a bloatware or trialware that will be of no use to you so you can install those you will need. So to sum it up you will have no problem performing your office duties or multimedia tasks as well as anything more demanding or multitasking and it sure is a decent value computer overall.