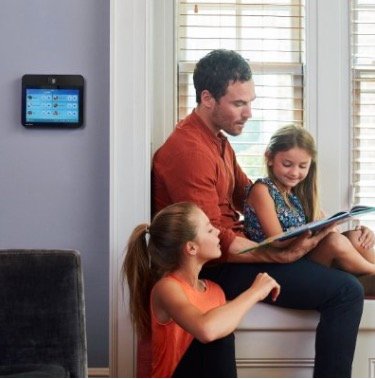 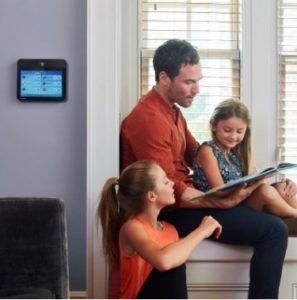 The Nucleus Anywhere Intercom with Built-in Alexa Voice Service allows you to communicate with others in your home from different rooms or from anywhere outside the house using a mobile device. It has a touch screen interface that works on Wi-Fi, allowing for audio and video conversations between rooms or houses.

The major benefit of the Nucleus Anywhere Intercom is that it provides households with a quick and easy way to communicate with each other in different rooms of the house without having to yell or even move at all. Those who have this product will also be able to check in with their family when out of the house easily with the necessary mobile app.

The Alexa voice service allows users to do a number of things, including listen to music, hear the news, find out the weather and even control their smartphone with the proper voice commands. This intercom uses a wide-angle HD camera lens, allowing you to see the entire room. Those who have this unit installed in their home can place audio and/or video calls between rooms, homes, and from a mobile device to their home. 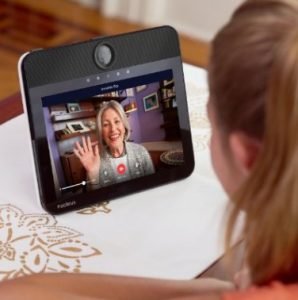 The customer reviews we have seen so far are largely positive, with a majority of those who purchased it praising its intuitive interface as well as its excellent overall functionality. Most customers who have reviewed it were able to set it up quickly and easily without any major problems.

One of the best things about the Nucleus Anywhere Intercom is that it is designed for easy use for both adults and children. Another great thing about it is that it is highly versatile because of the fact that it can be used for more than just communicating within the same house. The high-definition wide-angle camera lens is another great thing about this product, making it ideal for having clear and smooth conversations.

A significant drawback of this intercom is the fact that it does not have a “call all rooms” feature. Nucleus is unable to communicate with mobile phones unless the app is open on it, which may frustrate some people.

It is highly recommended for families who want the ability to communicate with each other in the same house from room to room, or from a mobile device to their home. With a number of useful features and functions, the Nucleus Anywhere Intercom with Built-in Alexa Voice Service is definitely worth taking a close look at.