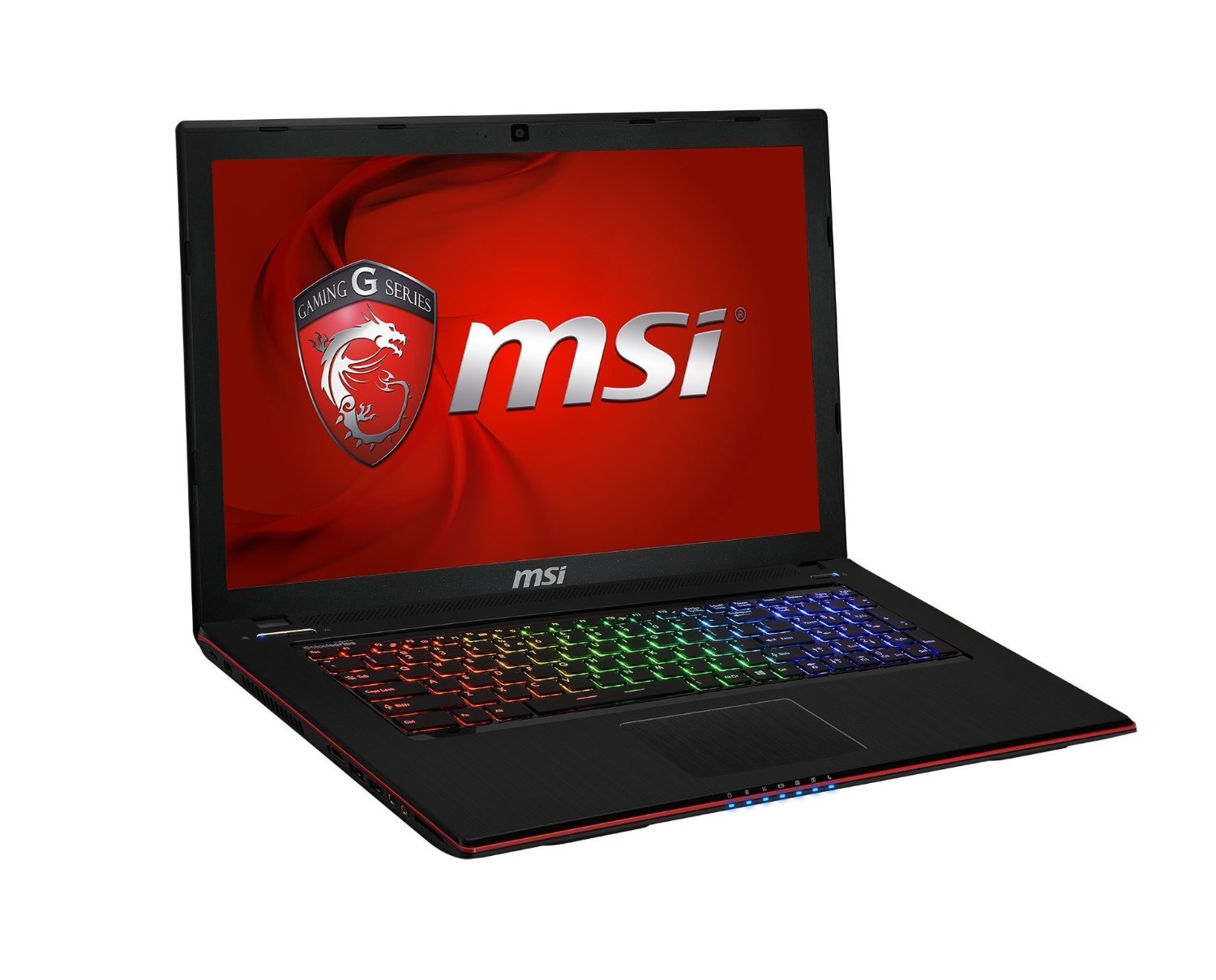 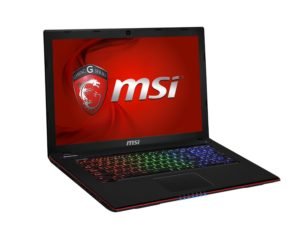 Aluminium black MSI GE Series GE70 Apache Pro-681 is a highly capable 17.3 inch gaming laptop with a Haswell Intel i7 processor that offers faster and higher performance just like an advanced gaming desktop PC and less energy consumption than the previous third generation for longer battery life and even the extremely demanding tasks- business or multimedia will run smoothly on it without delays or freezing.

MSI Apache Pro-681 comes with the high end quad core Intel i7-4720HQ processor (6MB cache) at 2.6 to 3.6 GHz speeds with Intel turbo boost and hyper threading with four cores and eight threads for even better performance by utilising the CPU better, 12 GB DDR3L SDRAM memory at 1600MHz that would be a lot for even the most advanced users for the best of multitasking, 1 TB hard drive at 7200 rpm as ample space of storage at higher rotating speed and Windows 8.1 64-bit which is certainly not the most user-friendly operating system as many customers prefer the older Windows 7 for stability and ease of use but it will be replaced by Windows 10 with two releases in Summer and Autumn of 2015.

17.3 inch anti-reflective Full HD screen with 1920 x 1080 pixel resolution and 16:9 image aspect ratio offers crystal clear picture with very vivid colours and sharpest texts and the graphics card is the NVIDIA GeForce GTX 960M with 2GB GDDR5 video memory for advanced gaming of the latest games at high settings and impressive 1080p resolution and frame rates (so very demanding games like Far Cry 4, Shadows of Mordor and EVOLVE will be easy to play with the GTX 960M) plus the integrated Intel HD 4600 with up to 30% more performance than the Intel HD 4000 will be used for the multimedia tasks that do not require that much power. Apache Pro-681 looks great in aluminium black and has a very sleek and modern design even if a bit on the large and heavy side as it weighs 6.6 pounds and has the dimensions of 16.46 x 10.61 x 1.54 inches.

Keyboard is the SteelSeries totally customisable full colour backlit gaming keyboard with different combinations of rainbow effects and colours and 102 keys and has a very tactile feel. 6-cell lithium ion battery and the energy saving structure of the system lets you play games longer with the longer battery life but we don’t have the information as to how many hours. You’ll get that surround sound experience with the high definition Dynaudio 4.1 channel speakers (2W each), a subwoofer and Sound Blaster Audio. Apache Pro-681 has the faster 802.11ac wireless (Intel dual band AC 3160, 2.4/5.0GHz ), Killer E2200 Game Networking, Bluetooth module built into the WiFi up to 433Mbps, 2 x USB 3.0 ports, 2 x USB 2.0 ports, DVD SuperMulti optical drive, a VHA port and an HDMI port. Conclusion: MSI GE70 Apache Pro-681 (9S7-175912-681) is a very nice looking gaming PC with rainbow effect on its keyboard, with a large 17 inch display at Full HD resolution for sharp and clear images and with the very powerful Intel i7-4720HQ processor with a Passmark benchmark score of 8290 as of today it will let you play all your modern games and with no problems and the fact that it is big and heavy with a great modern design make it look durable and gives one a sense of security. MSI Matrix feature is for hooking up to two additional external monitors and convert your laptop into a great multi-media centre. Command Centre lets you manage everything in one place- launch your favourite apps and games, gain access to system info and background software or monitor the system health and more. 1024GB = 1TB hard drive is plenty and operates at 7200rpm rotating speed rather than the regular 5400rpm but nowhere as fast as SSD. It can get a bit warm after a couple of hours of intense gaming but there is a button to switch the fans on turbo setting so that it runs cooler, but offers great multimedia and gaming performance as well as decent 4K output. Overall performance levels along with specs and features are no different to a mid-range gaming desktop and MSI is definitely one of the best brands for portable gaming laptops. You have the Norton antivirus pre-installed among other things and we prefer the free AVG antivirus online so it is up to you to remove the Norton and replace with AVG or Avast. It comes with 2 years limited warranty for parts and labor by the manufacturer.