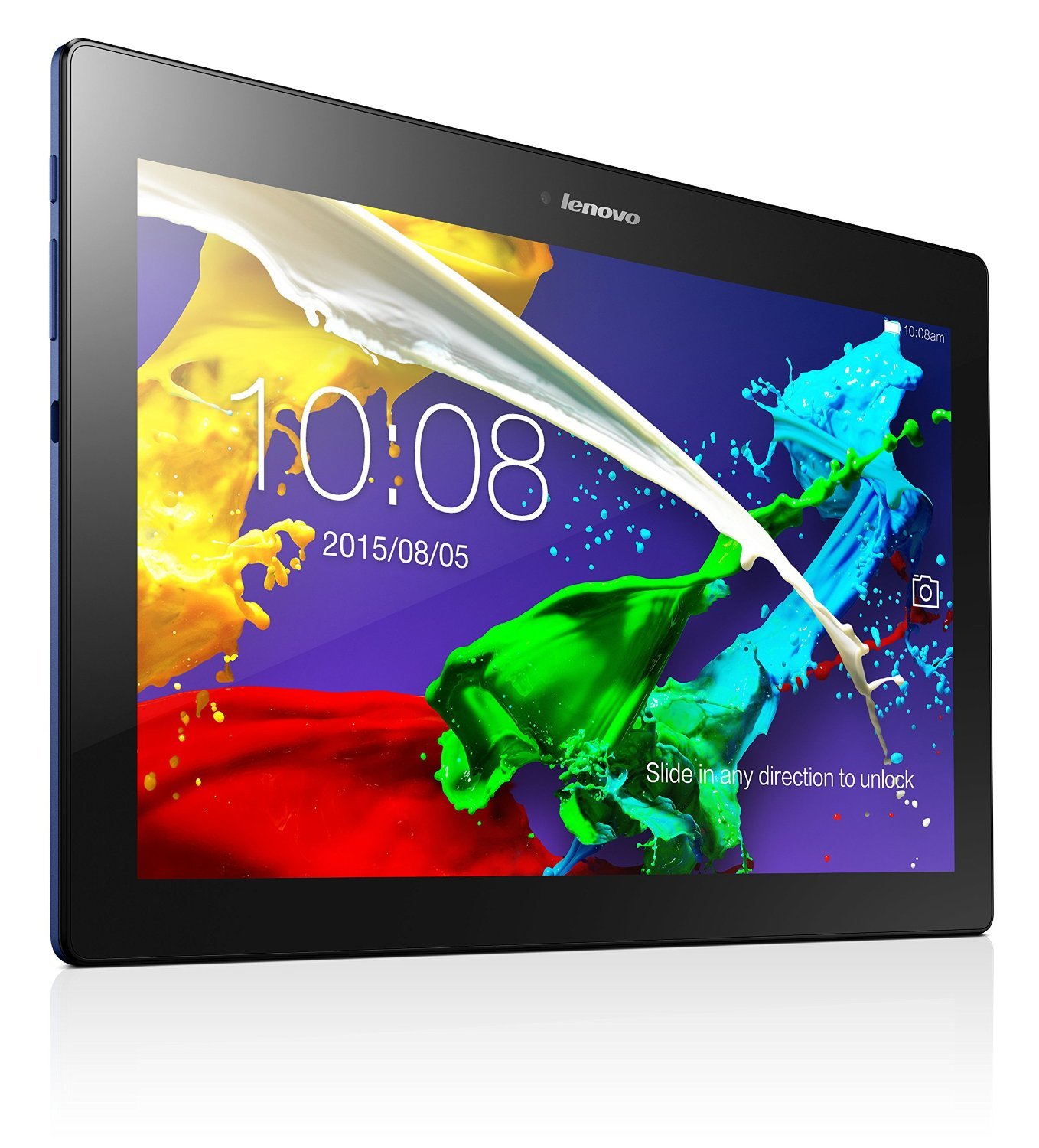 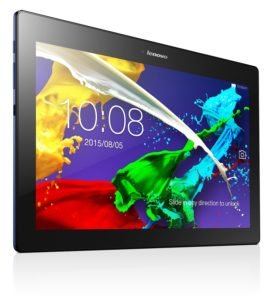 Lenovo Tab 2 A10-70 is the new April 2015 release 10.1 inch screen tablet, despite not being the largest tablet around is still one of the larger ones and with a great 1920 x 1200 pixel resolution for crisp, sharp and clear images when viewing photos or videos, a modern quad core processor, Android 4.4 KitKat operating system and without the junk or bloatware that would be a burden on system and you would not need. Lenovo A10-70 comes with the 1.5 Ghz speed 64-bit quad core Qualcomm MediaTek MT8165 tablet processor for speed and performance, 2GB LPDDR3 RAM for some multitasking power, 16GB onboard storage and you can expand the capacity with a microSD card to be able to save a lot more files and Android 4.4 KitKat by Google that is claimed by Lenovo to be updated to 5.0 Lollipop by late June or July and will be wirelessly updated to the tablet but you’ll get reliable mobile operation of the system either way.

10.1 inch FHD IPS LED-backlit display with 1920 x 1200 pixel resolution offers great high definition clarity at up to 178 degree viewing angles and the picture performance is apparently better than iPad 2. Dolby Atmos 3-speaker soundbar to give some power to the speakers for very clear cinema-quality sound even without headphones, again better than iPad’s. It has two cameras, an 8 MP rear camera with auto focus and a 5 MP front-facing one for great photos and videos. Navy blue Tab 2 weighs 1.1 pounds and measures 9.72 x 0.35 x 6.73 inches so it is neither heavy nor chunky despite having a large 10 inch touch display and has a simplistic design as a budget tablet but certainly with a robust build. You can expect up to 10 hours of battery life from its 7200mAh lithium ion battery before having to recharge according to Lenovo. Connectivity options include the 802.11bgn wireless for fast internet connection when you are within a WiFi range, Bluetooth, a USB port and a Headphone jack. 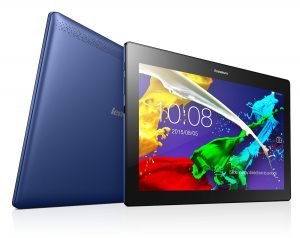 Conclusion: Lenovo TAB2 A10-70; ZA000001US is currently the best Android tablet on the market overall for the price- in the budget end of the tablet market. There is not much bloatware you need to remove, audio quality is quite good for a tablet, brilliant Full HD screen offers very sharp and clear images from any angle vertically and horizontally with IPS panel and no light bleeding, it is lightweight but has a solid build quality, is responsive, operates very fast and smoothly overall and without overheating even after hours of heavy use, has two great quality cameras at front and rear despite the lack of flash. As an Energy Star certified unit at up to 10 hours, battery life is really good so you can be out and about and away from power outlets all day and the battery life will obviously depend on the mode of usage and time of tablet ownership. It is GPS enabled and works without wireless connection. If you need more storage just install up to a 64GB micro SD card and switch between that and the onboard storage comfortably (12GB is available for your use as the 4GB is occupied by the operating system). The user guide online is rather basic and doesn’t seem to help much- Lenovo could certainly improve that and the customer support is not the best but overall this is most certainly a great large screen tablet with decent specs and features at a low price and will perform your daily tasks just fine. It comes with a 12 month standard parts and labor warranty by the manufacturer- Lenovo.