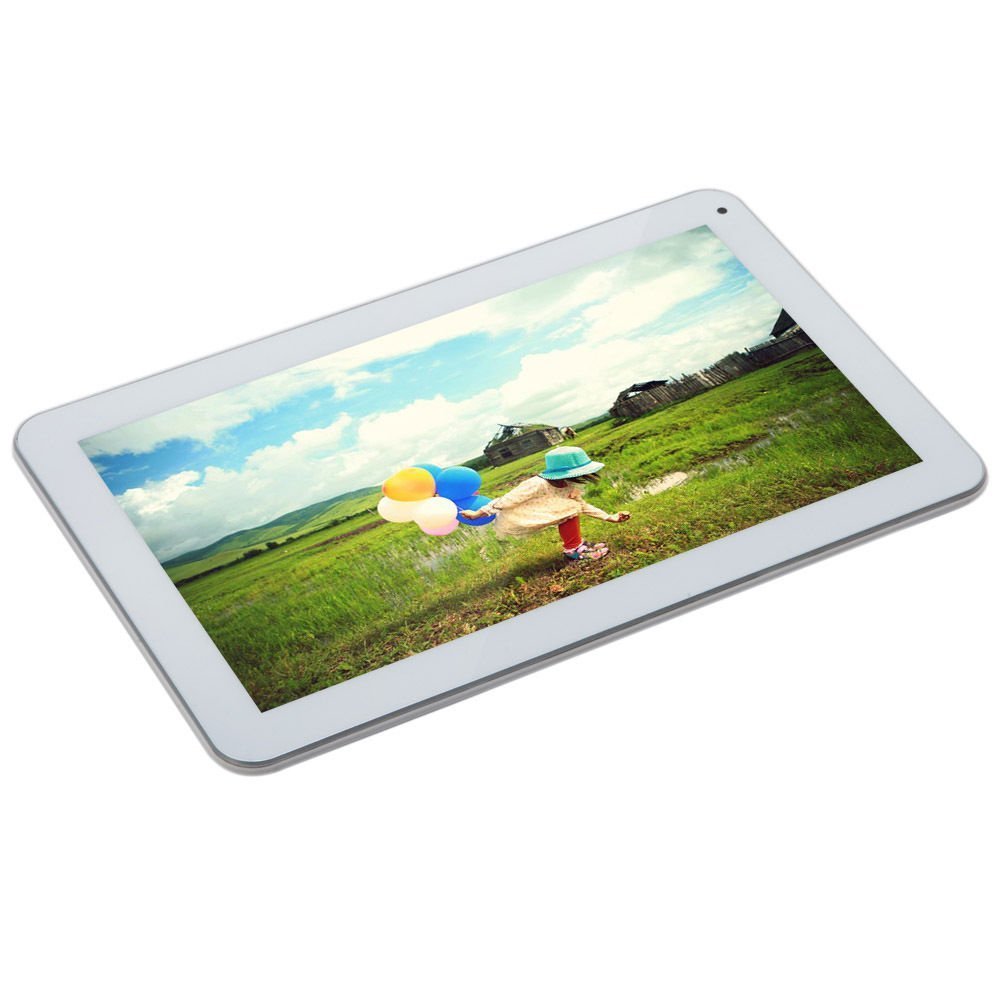 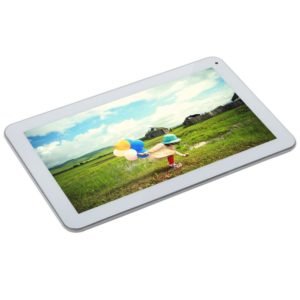 Elegant porcelain white front IRULU eXpro X1s (X1047-1-mx) is a budget HD 10 point touch 10.1 inch tablet with a fast quad core MTK8127 ARM 4*Cortex A7 processor at 1.3GHz speed, the Android 4.4 KitKat operating system, 16GB NAND Flash storage space, 1GB memory and up to 5 hours battery life. We need to take a closer look how much power and performance you can experience at such low price level but at first glance and going through specs and customer reviews, you can be assured you won’t be disappointed given that you can’t expect a lot at the price point. Smooth plastic back comfortable to hold IRULU eXpro X1s weighs 1.8 pounds and measures 12.99 x 7.87 x 1.57 inches so it is neither slim nor lightweights as an iPad but is still compact in size and you won’t have any problems with taking this 10 inch tablet around.

A decent CPU equals to properly responding quick and smooth interface, one that is quite responsive to each of your tapping without delay. It is suitable for using social media, surfing the net, watching movies and some gaming but you will be somewhat restricted in gaming performance if you compare it to the more expensive tablets. IRULU X1s still scored well overall on different tablet benchmarks online, just that you need to be aware that you’re getting a basic budget tablet that performs well and you really can’t expect to use it for advanced gaming or extremely demanding multitasking, nor it to have a very high resolution Retina display but a fixed 1024*600 that is sufficient for general use and is still a decent widescreen you can stream videos from Hulu or Netflix. 16GB storage is good enough storage space for many users but if it is not you can always upgrade the storage space by using a low cost microSD card (16GB is for the amount you can store directly on the tablet). 1GB memory or RAM is for being able to run several apps simultaneously such as browsing the internet while you’re listening to music or switching between apps and we think that 1GB should be adequate amount of memory at such low price level for a tablet as you’ll find that it is less on many budget models. 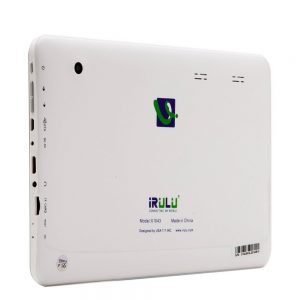 One surprise is Bluetooth feature is not omitted on this budget model and you can connect to other Bluetooth 3.0 enabled speakers, keyboard or other devices wirelessly. It comes with two cameras of rear 2 megapixels and 0.2 MP and although they are relatively low resolution, at least you have two as many budget models have just one or none at all, so you can take photos or chat live on Skype. It also has the 802.11bgn wireless, FM radio, an integrated GPS chip that makes the navigation work on an offline map without any internet connection, a mini HDMI output so you can connect it to your HDTV and a microUSB port with the OTG cable included in the box to connect other USB devices like a flash drive. This is not a tablet with a FHD display and an IPS panel with large viewing angles so you will need to look at it straight from the front and this should be OK when you’re using it on your own but not sharing the screen with others (watching movies together etc). You will also not need to get a screen protector separately as it already comes built into the system. If you’re on the market for a basic tablet that will do the job at a low price then you can’t really go wrong with this one but you really can no have high expectations from it. In the box you’ll find the IRULU eXpo tablet, User Guide, DC charger and a USB cable.