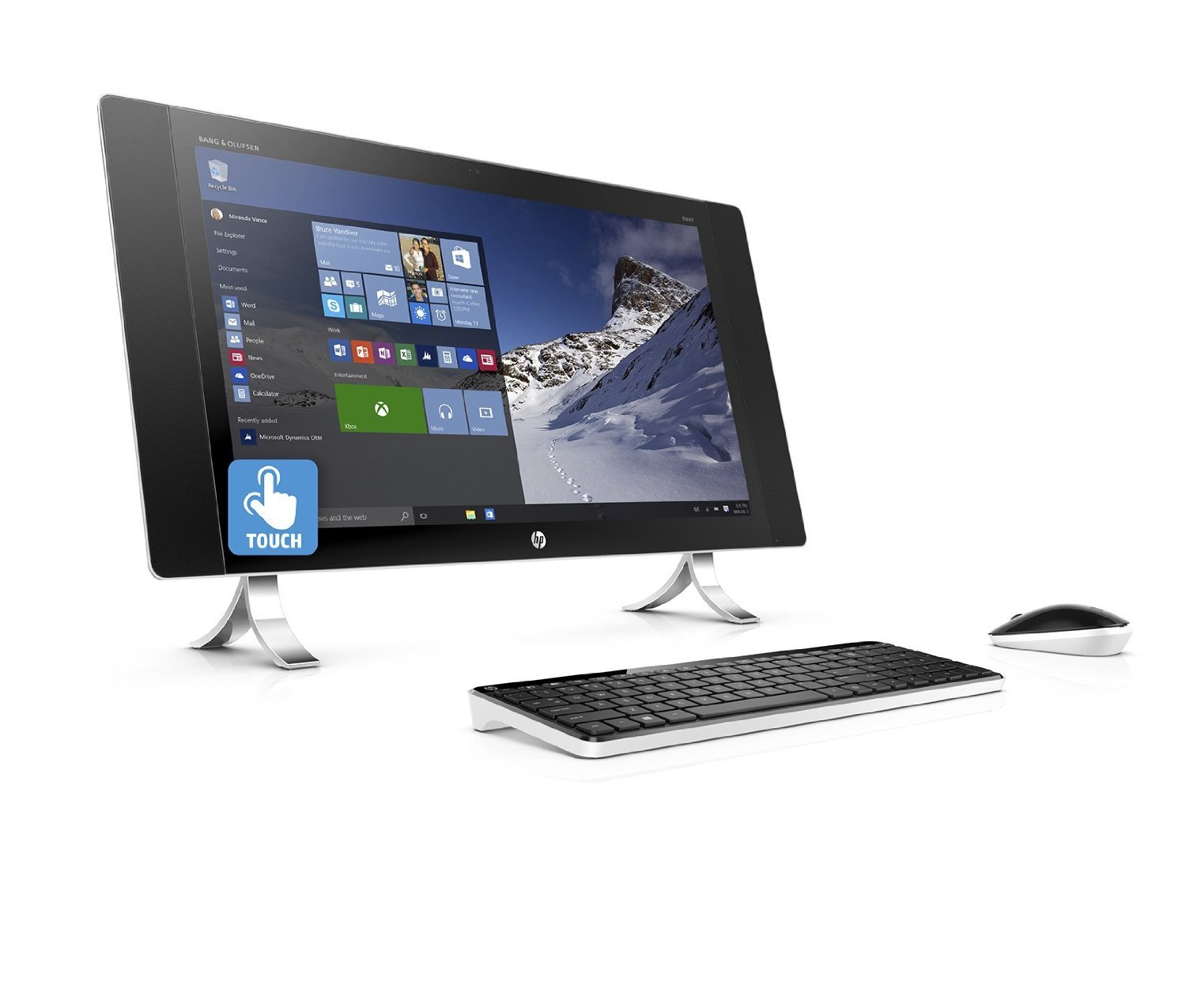 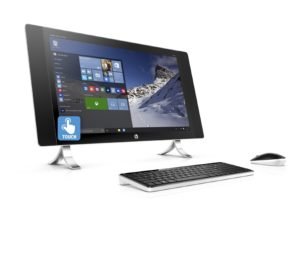 Black and white HP ENVY 27-p041 is the new All In One desktop with a very sleek and modern design, impressive visuals with the 27 inch super high resolution WQHD display and AMD Radeon R7 A365 graphics card with a 4GB dedicated memory and very reliable and powerful performance for both work and entertainment as the technical specs include the quad core Skylake-S Intel i5-6400T processor (6MB cache) at 2.2 GHz up to 2.8GHz speeds with turbo boost technology and with more multitasking with its four cores, 8GB DDRL SDRAM at 1600MHz for great multitasking, very large 2TB SATA HDD hard drive at 5400rpm rotating speed as ample storage space for all your videos, photos, music and other regular files but not as fast as 7200rpm or SSD and Windows 10 Home 64-bit operating system. 27 inch multi touch display supports 10-finger multi touch, has the WQHD resolution of 2560 x 1440 pixels (221 pixels per inch) which is much sharper and clearer than Full HD and with four times the resolution of regular HD. It has the dedicated Radeon R7 A365 with 4GB memory and the integrated Intel HD 530 that the system switches between depending on the hardship of the multimedia task at hand and you have more than enough graphics power for video streaming, and gaming. Bang & Olufsen Audio through the two stereo speakers delivers impressive clear sound with deep bass and there is the high definition 1MP webcam for your live Skype chats. 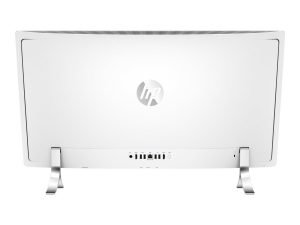 There is no Optical DVD Drive and you can always connect an external drive to one of the 5 USB ports but includes the connectivity options like the 3-in-1 Media Card Reader, fast 802.11ac wireless, Bluetooth 4.0, Gigabit Ethernet LAN with RJ-45 connector, 2 x USB 2.0 ports, 4 x USB 3.0 ports (1 powered), and HDMI output, a Headphone output and Microphone input combo. HP ENVY 27-p041 is perfectly suitable for being placed in the middle of living room as it looks quite nice with the soft pearl-coat finish, aluminium stand and slim design, weighs 31.6 pounds and measures 29.8 x 7.3 x 18.3 inches. You have the wireless keyboard and mouse combo and the white and black keyboard is not backlit but includes a 10-key numeric keyboard on the side and has 1.4mm keyboard travel.  Start menu is similar to what we had on Windows 7 but has some new user friendly features, there is the new Microsoft Edge browser which we much prefer to Internet Explorer but still continue using Google Chrome. Signature Edition means there is none of the unneccessary third party junkware that would be a burden on the system so it comes all clean and ready to go. It has a very clean wireless design with the only wire being power cord and is very easy to set up after you take it out of its box. If 8GB memory is not enough for you, up to 64GB is supported on this system but not sure who would need that much RAM and the Passmark benchmark on the late 2015 release Skylake-S i5-6400T processor is just over 5300 and will handle pretty much anything you throw at it and the dedicated high end AMD R7 A365 offers plenty of multimedia performance with an overall high end performance. This is a great value large screen all in one that looks beautiful and performs well with some high end user friendly features.