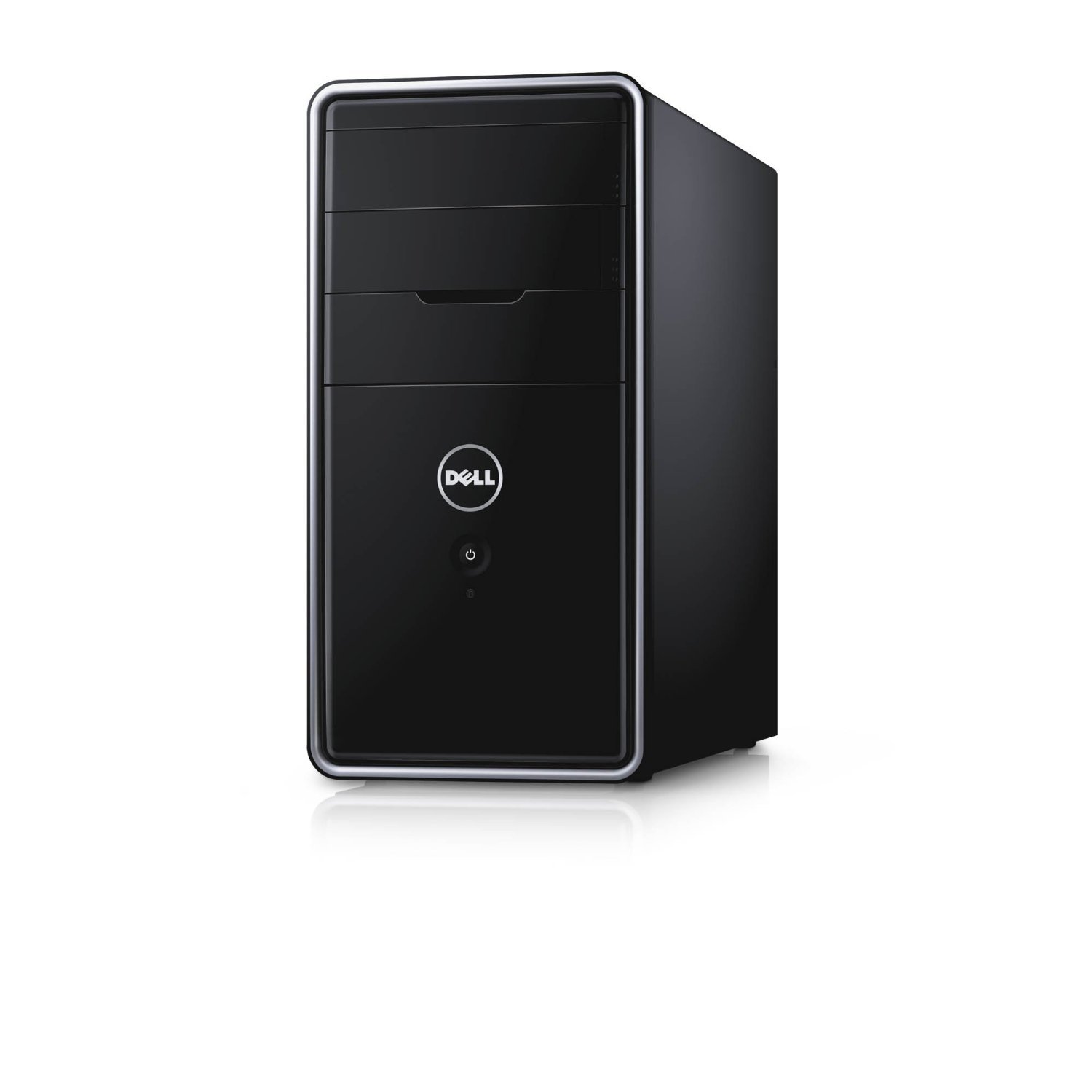 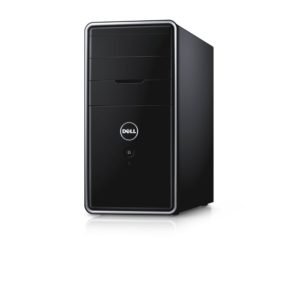 Dell Inspiron i3847-6934BK is a late 2015 model desktop PC with a compact design, speed, power and efficiency for work and entertainment at a very reasonable price with the high technical specs and features including a 4th generation Haswell Intel i5-4460 processor (6M Cache) at 3.2GHz up to 3.40GHz speed with turbo boost and a Passmark benchmark score of 6621 as of today, very large 12GB DDR3L SDRAM memory at 1600MHz for superior multitasking power, generous 2TB Serial ATA hard drive at faster 7200rpm rotating speed to save as many files as you want- regular or multimedia and Windows 10 64-bit operating system pre-installed with brand new features like Cortona, Windows 7 Start Menu, Microsoft Edge browser, Continuum for switching between 2-in-1 devices and faster start-ups and shut-down and you don’t have to upgrade from the previous versions Windows 7 or 8. Although this is a 2014 model processor and not an ultra low voltage one it packs quite a lot of power to handle whatever you throw at it- your usual daily tasks or very demanding multimedia and engineering software or games with a mid-range graphics card. Black Dell Inspiron i3847-6934BK has a simple design, weighs 17.4 pounds and measures 17.32 x 6.89 x 14.45 inches- regular size desktop PC. It has plenty of connectivity ports and options including 802.11bgn wireless, Bluetooth 4.0, Gigabit Ethernet with RJ-45, 6 x USB 2.0 ports, 2 x USB 3.0 ports, DVD Optical Drive, an Audio-out port, Media Card Reader that supports SD/MS/MMC/xD formats, a VGA output, an HDMI output and supports two monitors at once. 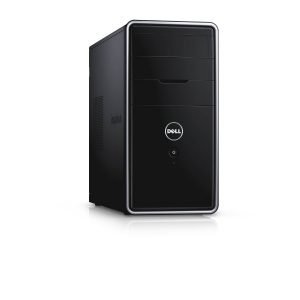 Desktops do not sell as well as mobile computers like laptops and tablets but those that want more power, speed and performance for the same price as laptop they should definitely look into buying a desktop if they will use the machine mostly at a fixed spot at home or office and you get some high end specs here for such low price tag, that you would need to pay a lot more for if you chose a laptop instead: A quad core processor that scores more than 6600 on the Passmark benchmark, massive 2TB = 2048GB storage and 12GB memory for the best multitasking that help make this computer quite powerful. RAM is on two DIMM sockets taken by 8GB and 4GB and you can replace the 4GB with an 8GB if you wish but this will not be necessary as the difference you will see in multitasking performance will be quite small. It would be nicer to see a Solid State Drive for more speed in boot ups and opening files but you get a very large space instead and you can always add an SSD into the empty 3.5 inch bay. It is not designed as a gaming machine as the graphics card is the built-in Intel HD 4600 that would let you play the older games at high resolutions and settings with reasonable frame rates but only some of the 2015-2016 titles and only at very low settings. Monitor is not included in the package but a cheap wired USB keyboard and mouse combo is. This is a great powerful desktop computer for general use for home, student or work use and it will be fine for anything except gaming as only has integrated card, rather than at least a mid-range card.