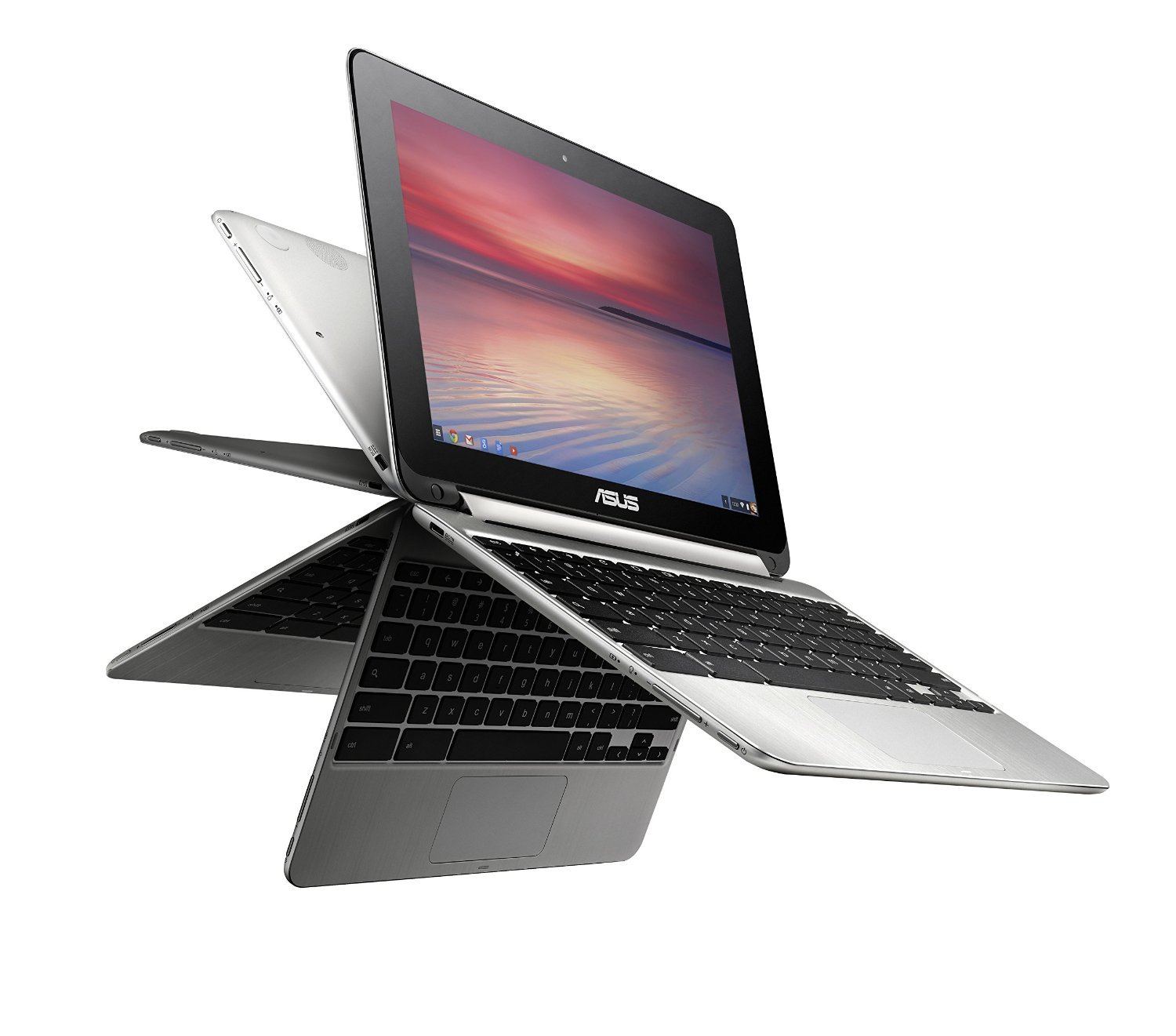 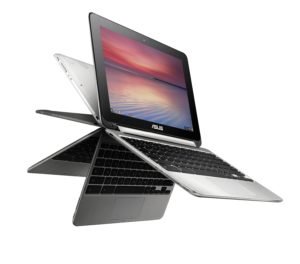 Metal chassis ASUS Chromebook Flip C100 is a compact 10.1 inch 10-finger touchscreen laptop that can be flipped over from 0 to 360 degrees with modest specs as an entry level model, that weighs less and with lower price. It is actually the first Chrome OS tablet we’re reviewing so far- can be used both as a tablet and laptop as it can rotate around the 360 degree hinge, so it offers both great flexibility and security with not many viruses around from Chrome and constant updates.

ASUS Chromebook Flip C100 comes with the quad core Chinese Rockchip 3288-C ARM Cortex A17 processor at 1.8GHz speed, 2 GB memory, 16GB Solid State Drive and Google Chrome OS that is optimized for touch. The Rockchip processor is a highly adequate one for a small and portable light use type Chromebook but we do not know a lot of information on its performance in real life but it compares well to NVIDIA Tegra in different benchmarks and your purpose of getting a cheap Chromebook is a little obvious, which would be mainly internet use on Google Chrome, 2GB RAM is just fine and about the size of storage, first the SSD offers speed and secondly you will be relying more on Cloud based storage.

Glossy finish ten point multitouch 10.1 inch LED-Backlit LCD high definition IPS panel rotating display with a 360 degree hinge underneath to enable it to be used as a tablet when you need and 1280 x 800 pixels maximum screen resolution for decent pixel density given the small 10 inch size of the screen. Mali-T674 graphics card is capable of being used with a 4K monitor and is claimed to offer proper performance in 3D applications and H265 video decoding. It has stereo speakers for satisfactory level of sound for videos or light games and a 1.3 megapixel VGA webcam for chatting live on Google Hangouts as Skype doesn’t work on Chromebook’s (only the web version does and that is without video and sound at the moment).

Silver Asus Chromebook Flip is the world’s first 10.1 inch 2-in-1 Chromebook with a metal chassis (it is made from a single block of aluminum) and can be switched between two forms very quickly and easily. It weighs 2 pounds with measurements of 7.20 x 10.60 x 0.60 inches- very thin and lightweight both as a tablet and laptop and offers great portability. It has a lithium ion battery that is claimed to offer you up to 8 hours of battery life so in practice 5 to 6 hours should be easily achievable in normal tasks. Connectivity options include the 802.11ac wireless, Bluetooth 4.1, 2 x USB 2.0 ports, 1xMicro HDMI port to connect the system to a much bigger screen HDTV or an external monitor, MicroSD Card Reader, 3.5mm Headphone Jack. You’ll find great features like virtual keyboard handwriting, voice recognition and Google Now with the touch optimised Chrome OS. 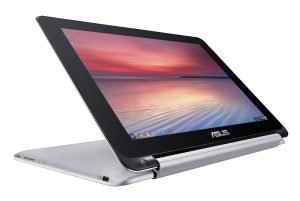 Conclusion: Chromebook Flip C100 is a fast little convertible system that boots up in seconds and loads things pretty quickly with the power of quad core Rockchip processor and SSD rather than a standard SATA hard drive. There is no numpad on the side and many people prefer the keyboard without, but the keys are quite wide and nicely spaced out and the one piece touchpad underneath the space key is a user-friendly one. As it is only 0.60 inch thick and weighs under 2 pounds it is as heavy as a Surface Pro 3 tablet, offers great portability with also long battery life and small screen size. There is no USB 3.0 port but two of 2.0 ports and no Ethernet and DVD drive but the wireless is the faster with wider coverage A/C variety and has Bluetooth 4.1 so connectivity is pretty good for such a compact convertible Chromebook. It is easy to set-up and operate and the Chrome operating system is no different to using Google Chrome on your Windows devices and although most things happen online on Chrome systems, some new offline apps have been coming out. You get great power efficiency with the ultra low voltage Rockchip processor which translates into longer battery life and great web browsing experience, better security, speed and ease of use. We’re talking about the most affordable Chromebook here, with great performance and features.