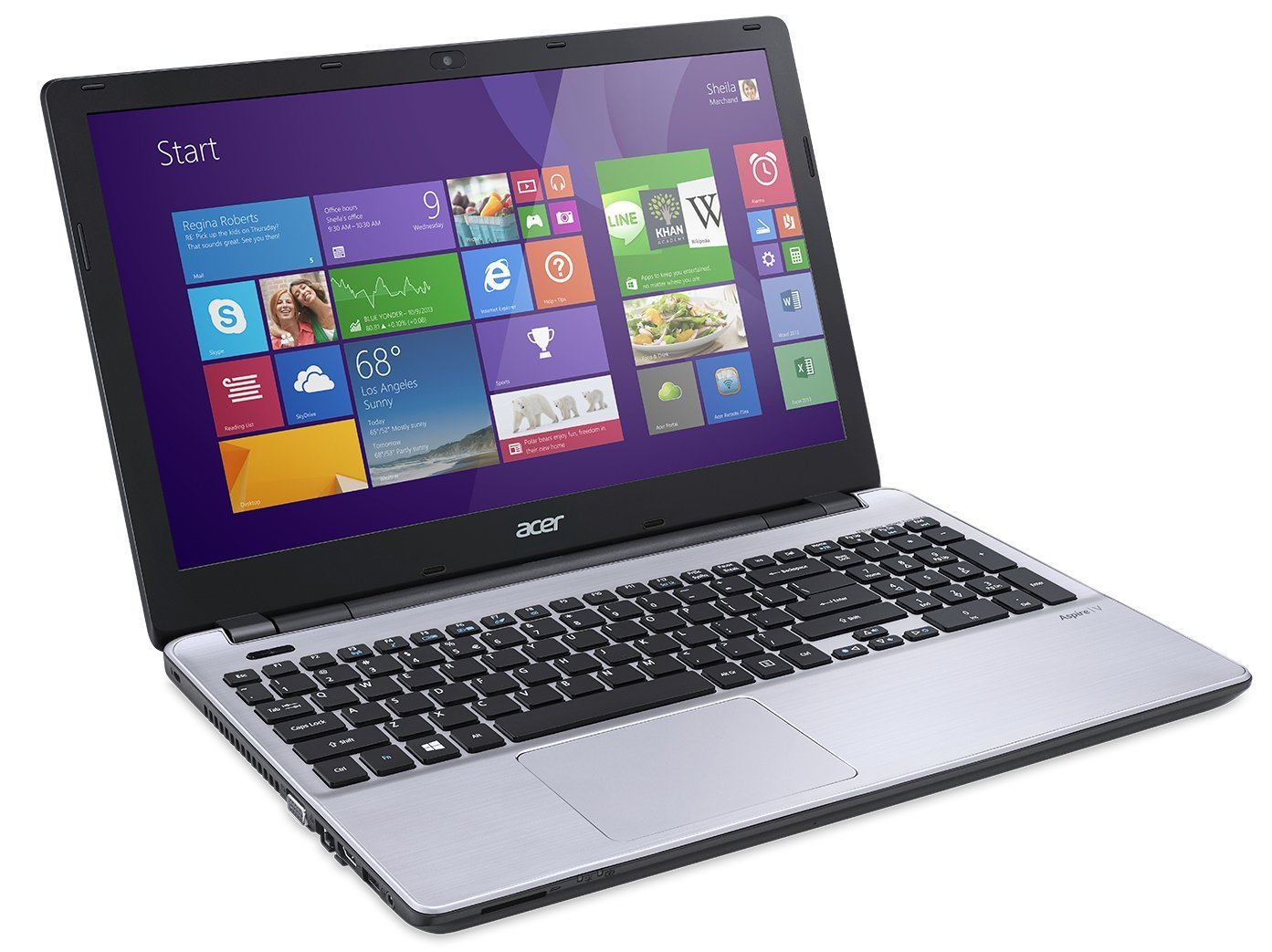 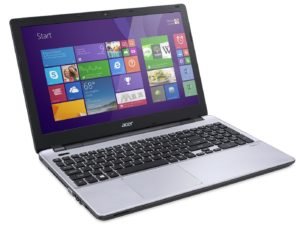 Platinum silver Acer Aspire V3-572G-51DR is a 2015 model mid-range 15.6-Inch laptop as part of the V 15 series with a HD display along with the dedicated NVIDIA 840M graphics card, a 5th generation early 2015 release high to mid-range Intel i5 processor with a Passmark benchmark score of 3550 as of today, large amount of memory, advanced WiFi with MIMO, sufficient hard drive and up to 7 hour battery life (in theory). It should make most people happy with the overall power and performance for general multimedia and office and more demanding applications, communication and connectivity options as well as entertainment capabilities.

Acer Aspire V 15 comes with the dual core Intel i5-5200U processor (3MB cache) with hyper threading function for running four threads in parallel and better using the CPU, at 2.2 to 2.7GHz speeds with turbo boost function, 8 GB DDR3L SDRAM for superior multitasking to be able to perform several tasks simultaneously without delays and most people will not need more than this amount, 500 GB SATA hard drive at 5400 rpm rotating speed- both the size and speed are average but unless you have lots of movies and other multimedia files to store 500 GB is more than enough (+ Acer’s BYOC- Build Your Own Cloud) and Windows 8.1 operating system as a stable platform with user friendly features for whatever you do.

15.6 inch Active Matrix high definition CineCrystal LED-backlit widescreen non-touch display with 1366×768 pixel maximum screen resolution and 16:9 image aspect ratio that is adequate for daily use although not as impressive as a Full HD display with 1920×1080 resolution with IPS panel for larger viewing angles, plus the integrated Intel HD 5500 that performs better than the previous generation Intel HD 5000 but lets you play the latest games of 2014 and 2015 at lower settings and resolutions but lucky that you have the 2014 release higher level NVIDIA GeForce 840M with a dedicated 2GB DDR3 VRAM memory to be able to play a lot of the 2014 games at medium to high settings and more demanding games like Battlefield 4 at 30-40 frames per second and at lower settings. Optimised Dolby audio advancements and stereo speakers offer decent sound for your videos or games and it has a good quality HD webcam (1280×720) with a digital microphone for fun video calls on Skype. 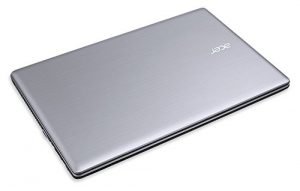 Slender design platinum silver Acer Aspire V3-572G-51DR has a premium feel and looks pretty with an aluminium top part and keyboard, weighs 5.62 pounds and measures 15.02 x 10.08 x 1 inches so it has a relatively thin chassis and average weight for a 15 inch laptop meaning it is fairly portable with also the 6-cell lithium ion battery (5000 mAh) lasting up to 7 hours on a single charge thanks to the power efficient Broadwell processor (shouldn’t be less than 5 to 6 hours in practice). Non-backlit keyboard has a 10-key numeric pad on the right hand side as well as the large and responsive Acer’s Precision touchpad. Connectivity options include the quicker and wider coverage 802.11ac wireless with MIMO (dual band 2.4 GHz and 5GHz), Gigabit Ethernet, Bluetooth 4.0, 2 x USB 2.0 ports, 1 x USB 3.0 port to enable much faster transfer of data, Secure Digital- SD card reader for smaller memory cards, an HDMI port with HDCP support for connecting to an external monitor or HDTV but there is no optical drive and you can always connect an external drive to one of the USB ports.

Conclusion: Aspire V3-572G-51DR (NX.MPYAA.001) feels solid and looks rather expensive with its premium sleek design but has mid level technical specs and price tag so it is not as fancy or expensive as it may first appear to you but having said that you will find the latest Intel i5-5200 processor that is equivalent to the performance level of Haswell Intel i5-4300U processor and has a Thermal Design Power- TDP of 15 watts which helps with the longer battery life and a Passmark benchmark of 3550 to handle the heavy and demanding tasks smoothly as well- works quickly but quietly, also helped with the 2 x 4GB configuration generous amount of memory (expandable up to 16GB if necessary). The weak link here is the 500GB Serial ATA HDD at average speed- we would have liked to see at least a 7200rpm speed or even better a Solid State Drive but you can of course upgrade it to SSD later on and you will certainly notice the difference. Some of you will not be happy to see the Windows 8.1 as OS but good news is Windows 10 is coming out very soon and you are entitled to a free upgrade some time in Summer 2015.